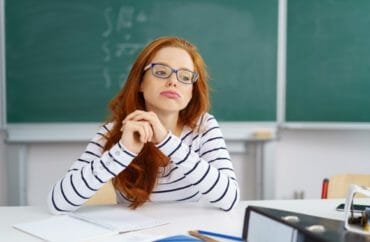 A public university in Kentucky is hosting a program to teach 14-year-old girls about condoms at an event that forbids men from attending and promises to teach young girls about “sexual health.”

The Ryan White Program at the University of Louisville in Kentucky is hosting an event titled “Condoms and Cupcakes.” According to a flyer, the event, which will be held next week on June 9, is intended for women and girls ages 14-25.

“With our signature Cupcakes & Condoms program, we serve up this all-important dialogue about the prevention of HIV and STIs, surrounded by delectable treats and delicious conversation,” the website reads, adding that the event puts “a sweet spin on an educational town hall, by creating a safe space that encourages women and girls to ask questions and get the information they need to take the right steps to protect their health.”

According to its website, the Red Pump Project is “a national nonprofit organization whose mission is to educate women and girls of color about HIV.”

“Thank you so much for reaching out to us. Someone will be responding to your questions shortly,” Alexander wrote via email.

The Fix was subsequently contacted by Tiffany Meredith, a spokeswoman for the university. Meredith promised to answer The Fix’s questions regarding this project; however, she eventually responded: “Thank you for reaching out, but we are going to decline to participate in this article.”

According to the program’s Facebook page, the Ryan White Program is “a federal program that provides HIV-related heath [sic] services. This program focuses on those who do not have sufficient health care coverage or financial resources for living with HIV.”

The June 9 event is exclusive to women and girls. The flyer for the program reads that “No men or small children are allowed at the event.”

Although the flyer explicitly forbids men from attending, the Facebook event says that says the event “is for women and those who identify as women.” Neither the website nor the Facebook page establishes a burden of proof for determining if a man who identifies as a woman is actually a woman.