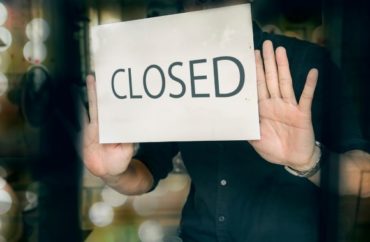 Shortly after an appeals court hearing that went poorly for the University of Michigan, administrators started implementing a replacement for its bias response team, the subject of a year-old First Amendment lawsuit.

A settlement announced Tuesday ensures that the bias response team never comes back, and that students accused of bias will not hear from a bias-related team again.

Speech First ended its lawsuit against the taxpayer-funded institution, declaring the settlement a “huge victory” for students’ First Amendment rights that accomplished the purpose of the litigation.

The lawsuit had alleged that UMich’s original “bullying” and “harassing” definitions, and the threat of investigation by the bias response team, unconstitutionally chilled the speech of students, particularly those with conservative viewpoints.

The university quickly changed those definitions, helping convince the trial judge that its bias response process carried no “implicit threat.”

The settlement, which was filed Monday and signed by the parties late last week, says the university created a “Campus Climate Support” program that took effect at the start of the 2019-2020 academic year.

Composed exclusively of “professional staff members” in the dean of students’ office, its job is to help those who report “campus climate concerns” such as “actions that discriminate, stereotype, exclude, harasses [sic] or harm anyone in our community based on their identity,” according to the CCS web page. The word “bias” does not appear on the page.

“There were occasions when the BRT would reach out to the subjects of reports,” a spokesperson for the university told The College Fix, explaining the major difference between the CCS and the bias response team.

“Campus Climate Support will not reach out to the subjects of reports,” Assistant Vice President for Public Affairs Rick Fitzgerald wrote in an email. “The focus of this work is providing support, which has been the long-standing primary of [sic] this work.”

He said the “transition” to the new team “took place over the summer,” before the 6th U.S. Circuit Court of Appeals ordered a trial judge to reconsider the merits of Speech First’s lawsuit. The 6th Circuit hearing, however, was in May.

“This victory paves the way for college students who may have been too fearful or intimidated to express their opinions to finally embrace their free speech rights and engage in true academic discourse,” she continued.

The settlement explicitly acknowledges that Speech First, a nonprofit membership association that represents anonymous students in litigation, may sue the university again if the CCS draws its ire.

‘Not a disciplinary body, cannot impose discipline, does not require [student] participation’

Speech First’s inaugural lawsuit against a university bias response team was not looking so good in the summer of 2018.

U.S. District Judge Linda Parker refused to issue a preliminary injunction against the UMich team, saying it does not have “a lot of teeth” and accused students aren’t compelled to talk to the team.

More than a year later, the 6th Circuit ordered her to reconsider a preliminary injunction. “Even if an official lacks actual power to punish,” as the university repeatedly claimed about the BRT, “the threat of punishment from a public official who appears to have punitive authority can be enough to produce an objective chill,” the majority opinion said.

Some of the main targets of “verbal bias grievances” at UMich were classroom discussions and faculty in particular, according to public records The Fix obtained covering spring 2018.

Though the university encourages “anyone who feels they have been harmed or negatively impacted” to report a campus climate concern, both the settlement and CCS page emphasize that the replacement team is “not a disciplinary body, cannot impose discipline, and does not require participation in any aspect of CCS’s work.”

Fitzgerald told The Fix that no one on the CCS has any authority to impose discipline in any professional capacity. The Office of Student Conflict Resolution, not the dean of students’ office where CCS is housed, handles reported violations of the Statement of Student Rights and Responsibilities.

The settlement says it is not “intended to otherwise prevent” administrators or faculty “from contacting a student or student group for any reason,” however, “when they deem it appropriate in the performance of their roles” at UMich. In other words, students accused of bias may hear from employees outside of a CCS response.

UMich’s official announcement of the settlement also emphasizes this leeway for “university staff members” to contact students. It notes that its policies have not been found to have “infringed on free speech rights” and the university is not paying anything to settle the suit, including Speech First’s legal fees.

Fitzgerald said in the announcement that the settlement makes it “abundantly clear” that Speech First didn’t have to sue the university.

“Since the time the lawsuit was filed, U-M has replaced its Bias Response Team with a Campus Climate Support program,” the university statement says. The settlement simply says the university “replaced” the BRT with CCS “at the beginning” of this academic year.

Neither Fitzgerald nor the university public affairs team responded to a late afternoon request from The Fix for clarification of when UMich determined to scrap the BRT.

Ruling shows universities can’t backtrack and get away with it

Speech First told supporters in an email blast Tuesday afternoon that UMich “abandoned” the BRT “while our appeal was pending” but didn’t give a rough date.

The settlement shows that the organization is “using the court system to force bad actors in higher education back into compliance with the First Amendment,” Neily wrote. UMich students “who credibly feared disciplinary repercussions for expressing their opinions can now finally embrace their free speech rights and engage in true academic discourse.”

In a blog post, Speech First said the CCS “in its current guise” cannot discipline students but that the organization may sue again if the replacement program “is used to chill student speech in the future.”

The 6th Circuit ruling put schools across the country “on notice that simply changing a policy during the course of litigation to try and moot their lawsuits” – as UMich did with its “bullying” and “harassing” definitions – “will be viewed critically in the future,” the post said.

The ruling also “dealt a body blow to the very concept of Bias Response Teams” as conventionally implemented, by finding that both “the referral power and the invitation to meet with students” objectively chills their speech.