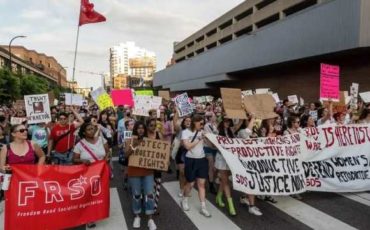 The Students for a Democratic Society, University of Minnesota Chapter, joined pro-abortion protestors in the streets of Minneapolis on Friday night following the Supreme Court’s overturning of Roe v. Wade.

The caption on the organization’s Instagram post read “WE WON’T BACK DOWN! ABORTION IS A HUMAN RIGHT!”

The socialist group, which has campaigned on campus for abortion access, had rallied support for an “emergency protest” immediately following the news from the court.

Earlier, on June 24, it retweeted a call to action from Freedom Road Socialist Organization – Twin Cities, promoting a protest at the Humphrey School of Public Affairs on the UNM campus.

“EMERGENCY PROTEST. The Supreme Court has overturned Roe V. Wade, but we won’t back down! Join us tonight in the streets. No going back. No backing down.”

The action was the latest in a series of pro-choice demonstrations and demands by the left-wing student group. On May 20, over 70 protestors marched to the university’s Donhowe building in a protest initiated by SDS, according to FightBack!News, a socialist website.

Student leaders affiliated with SDS spoke out at the protest, demanding that President Joan Gabel offer a statement in support of “reproductive rights” and women’s rights.

They also demanded the creation of “a module on reproductive health in freshman orientation; the creation of a Reproductive Health Advocacy and Education Center, and the boycott of states with ‘heartbeat’ bills,” FightBack!News reported.

“Zealots who push abortion often rely on a relentless attitude of misogyny that tells women they’ll never be able to handle career and family, so they have to pick one. This generation deserves to know that they can be more than one thing, and that there are people like those of us at Students for Life of America who stand ready to help,” said Students for Life spokeswoman Kristi Hamrick in response to the May 20 protest in an email to The College Fix.

SDS continued to demonstrate for abortion rights in the Twin Cities area in the weeks leading up to the Dobbs decision. According to the organization’s Instagram account, SDS held a banner over I-35 on June 13 reading “Roe v. Wade is Here to Stay. Defend Women’s and Reproductive Rights”

Abortion will remain legal post-Roe in Minnesota under Doe v. Gomez, a 1995 Supreme Court of Minnesota case that “interpreted the Minnesota Constitution to afford broader protection than the United States Constitution of a woman’s fundamental right to reach a private decision on whether to obtain an abortion.”

However, “of the four U.S. states that surround Minnesota – North Dakota, South Dakota, Wisconsin and Iowa – all are on track to ban abortions,” The Minnesota Daily reported. “North and South Dakota had trigger laws in place to outlaw abortion in the case Roe was overturned, Wisconsin had a law put in place in 1849 predating Roe that bans abortion, which is now effective again, and Iowa already banned abortion after six weeks of conception.”

The Fix reached out over the past few weeks to UMN Twin Cities’ chapters of Students for a Democratic Society and the University Pro-Choice Coalition for comment on the protest and demands. It has not received a response. 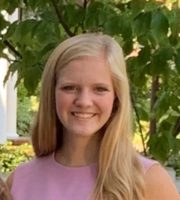 About the Author
Laurel Wood
College Fix contributor Laurel Wood is a Regent's Scholar at Pepperdine University, majoring in English writing and rhetoric with minors in great books and creative writing. She is the editor-in-chief of and a contributor to The Pepperdine Beacon, an independent student newspaper covering Pepperdine's five undergraduate and graduate schools.