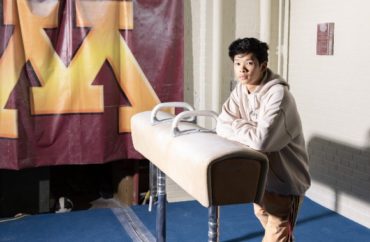 The Pacific Legal Foundation filed a federal lawsuit on October 29 against the University of Minnesota on behalf of a male gymnast.

The lawsuit against the Big Ten university’s leadership accused it of misinterpreting Title IX.

Plaintiff Evan Ng, now a sophomore, accepted a scholarship offer to compete as a gymnast starting in the 2020-2021 school year with the University of Minnesota, one of only fourteen Division I schools with a men’s gymnastics team.

“In other words, the men’s gymnastics team was cut because the University sought to reduce the number of male athletes in its varsity athletics program,” the attorneys said.

“Evan Ng is no longer a varsity NCAA gymnast at the University of Minnesota solely because of his sex,” because of the decision.

But instead of complying with Title IX, the university violated the education law, the lawsuit alleged.

“Because the University’s elimination of the men’s gymnastics team overtly discriminates on the basis of sex, it violates both the Fourteenth Amendment and Title IX,” the attorneys said.

A university spokesperson told The College Fix on November 2 that the school follows all its “legal obligations” and that the decision to cut the team was difficult.

“The decision to eliminate three intercollegiate sports programs was a difficult one,” Jacob Ricker told The Fix via email. “Importantly, this lawsuit isn’t just about the University. It is a broad challenge to how Title IX has been implemented by the U.S. government across colleges and Universities nationwide to achieve equal opportunity.”

“The University has and will always honor its legal obligations,” Ricker said.

Mark Coyle, a named defendant and the school’s athletic director, told the gymnasts in September 2020 the sport would be eliminated alongside men’s indoor track and field and tennis. None of the women’s teams were slated for elimination.

Coyle “initially alluded to financial concerns” when he made the decision. However, the real shortfall of funds ended up much lower.

The athletic director and some trustees discussed at a September and October meeting that Title IX and “statistical proportionality concerns” were behind the ending of several male sports teams.

“This erroneous interpretation of Title IX’s requirements led the Board of Regents to vote to eliminate the men’s gymnastics team on October 9, 2020,” the lawsuit said.

The university’s president later reiterated that Title IX motivated the decision, after a booster club offered to put up funds for the team.

“Title IX found us needing to not only pare down our men’s sport offerings, but also to better manage our women’s sport rosters,” President Joan Gabel said.

Ng’s attorneys said in the lawsuit that “Title IX does not require or allow the use of quota-based discrimination on the basis of sex” and “[t]here is no important governmental objective in establishing sex based quotas.”

Pacific Legal quoted Title IX’s “admonition” that it should not be understood to mean that higher education institutions must “grant preferential or disparate treatments” based on an “imbalance which may exist to the total numbers of percentages of persons of that sex.”

The law does require higher educational institutions to not discriminate against people “on the basis of sex.”

The lawsuit seeks a permanent injunction against the use of “statistical parity” by the University of Minnesota, a reinstatement of the program and attorney’s fees.