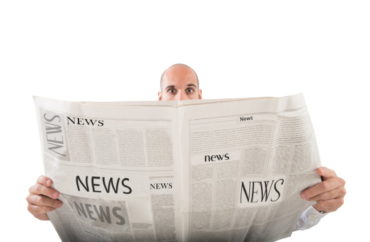 Southeastern Louisiana University will reallocate $150,000 from the school’s student newspaper budget to pay for two new Title IX staff members, which will reportedly double the total number of employees in the office from two to four.

The decision means the campus newspaper, the Lion’s Roar, will now have to run exclusively online, Eric Summers, vice president of student affairs for Southeastern, told the Louisiana Illuminator.

“The University of Louisiana System Board of Supervisors approved the shift in funding Thursday without discussion,” the Illuminator reports. “Half of the university’s $12 student publication fee will now go toward two new positions in the Title IX office, which handles allegations of sexual misconduct on campus.”

Southeastern Louisiana University’s definition of consent as it relates to sexual activity is
as follows:

“Consent to engage in sexual activity must exist from beginning to end of each
instance of sexual activity. Consent is demonstrated through mutually understandable words and/or actions that clearly indicate a willingness to engage in a specific sexual activity. Silence alone, without actions evidencing permission, does not demonstrate consent. Consent must be knowing and voluntary. To give consent, a person must be of legal age. Assent does not constitute consent if obtained through coercion or from an individual whom the alleged offender knows or reasonably should know is incapacitated. The responsibility of obtaining consent rests with the person initiating sexual activity. Use of alcohol or drugs does not diminish one’s responsibility to obtain consent. Consent to engage in sexual activity may be withdrawn by any person at any time. Once withdrawal of consent has been expressed, the sexual activity must cease. Consent is automatically withdrawn by a person who is no longer capable of giving consent. A current or previous consensual dating or sexual relationship between the parties does not itself imply consent or preclude a finding of responsibility.”

Coming soon at Southeastern Louisiana University, two more employees who will enforce such a policy.