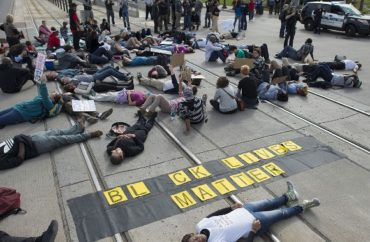 Students at the University of Nebraska can show their commitment to racial justice with a new “Racial Justice, Equity & Inclusion” minor.

Students can begin their journey to learning about racial justice with a spring 2021 class called “How to be an antiracist,” a course with the same name as a popular book by Professor Ibram Kendi of Boston University. The course will “include the history of U.S. racial conflict, whiteness, white fragility, white allyship, white abolitionism, and community action.”

In the summer of 2020, propelled by the international wave of #BlackLivesMatter protests in response to the racist killings of George Floyd, Breonna Taylor, and others, Dr. Alice Kang and Dr. Patrick Jones, two of our professors, kicked around the idea of developing a new introductory course in anti-racism, which Dr. Jones then designed and taught as ETHN 101: How to Be Antiracist

“We can’t reiterate enough our belief that any major would be enhanced with a minor in Racial Justice, Equity, and Inclusion, which prepares you to thrive in a diverse workforce—and perhaps to change the world,” Gannon said.

“Ethnic studies involves the exploration and examination of factors that bear on the lives and experiences, both past and present, of ethnically diverse peoples,” the university said.