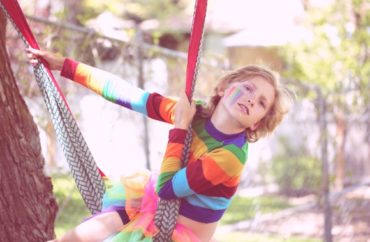 Did not want to ruin ‘positive coverage’

University of Washington media officials knowingly kept quiet on a flawed study that claimed that injecting children with off-label puberty blockers benefited their health, according to emails obtained by a conservative radio host.

“A University of Washington study, in partnership with Seattle Children’s Hospital, claimed gender-affirming care via puberty blockers leads to positive mental health outcomes for transgender teen patients,” commentator Jason Rantz reported. “That characterization, however, was false, forcing substantial edits to the materials used to promote the study and prompting UW to cease promoting the research.”

The University of Washington-Seattle researchers were Diana Tordoff, Jonathan Wanta and Arin Collin. Cesalie Stepney and Kym Ahrens of the Seattle Children’s Hospital and David Inwards-Breland of the University of California San Diego School of Medicine also contributed to the study.

I obtained emails showing that staff didn’t correct false reporting about the study because it received such positive coverage.https://t.co/WjanIEhcEz

Social science journalist Jesse Singal first raised concerns about the methodology in April and reported he could not obtain the raw data behind the paper. “Singal has a laundry list of issues with the study: 1) the data did not back up claims made about mental health improvement; 2) the researchers provide little specific data that is typically on display in these kinds of studies, and 3) the researchers may not have used the correct statistical method,” Rantz wrote.

“As there is an overwhelming amount of positive coverage of the study’s findings, I don’t believe there’s a need for a proactive response beyond continuing to monitor, but welcome your ideas for any other actions or messaging with the study team,” Department of Epidemiology media rep Laura East wrote to her colleagues.

UW Medicine confirmed to Rantz that it did not take any proactive steps to inform the media, which glowingly trumpeted the study, that there were flaws in it.

2/ To this day, the researchers continue to refuse to share their data. I think that’s because if they did, it would likely become clear that they cherrypicked, severely, to generate their results. https://t.co/YDP2spqy4q pic.twitter.com/IFxeP1DLhI

“UW Medicine did not proactively reach out to any media outlet to correct the information, however, we made the correction to our newsroom website and called out that a correction had been made,” the spokesperson told Rantz.

The cover-up of the known problems with the study should not be surprising.

Once you push the false idea that someone can change sexes, it follows you would disregard clear and obvious problems with a study that claims there are benefit to chemically affirming someone’s delusions.