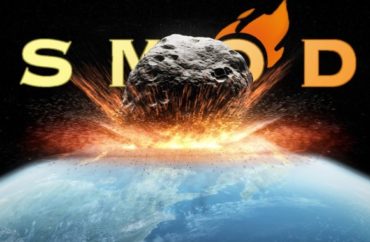 He’s been in the 2020 Democratic race for president from the start. Now the Sweet Meteor O’Death is finding a receptive audience: New Hampshire Democrats.

The University of Massachusetts-Lowell Center for Public Opinion surveyed Democratic primary voters at the end of January and found nearly two-thirds would rather a meteor hit the earth, “extinguishing all human life,” than President Trump win re-election on Nov. 3.

Women would much rather humanity end (68 percent) than see another Trump term, while a slight majority of men (53 percent) favor mass human extinction. The numbers are similar for older voters (45 and up) versus younger voters (under 45), showing more optimism about a post-Trump White House.

The YouGov poll was taken from a sample of 400 people and had a margin of error of 6.4 percentage points.