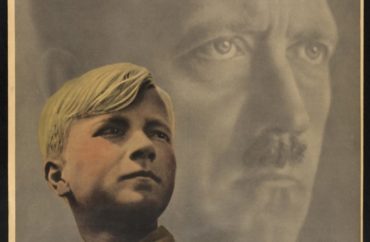 University of Mississippi Prof. James Thomas was the subject of an unusual governing board meeting before he was granted tenure last week.

The board of trustees of the state’s Institutions of Higher Learning debated whether to approve the sociologist’s tenure bid, given his advocacy of illegal activity.

The vocal Twitter user had encouraged his followers to contaminate or steal the restaurant meals of Republican senators who supported the confirmation of then-Supreme Court nominee Brett Kavanaugh. This was no idle threat, given that far-left activists were harassing high-ranking Republicans at restaurants.

Thomas made another Twitter comment that Inside Higher Ed neglected to mention in its coverage of his tenure approval. He compared students – possibly including his own – to the German word for “Hitler youth.”

An Ole Miss student contacted The College Fix to express concern over Thomas’s newly granted tenure in light of the professor’s January tweet that compared Trump-supporting students to followers of the Holocaust instigator.

MAGA teens are modern day Hitlerjugend. Got a uniform and everything.

That tweet “made me feel unsafe in his class,” Jerry Lawrence said, copying the IHL on the email:

You see, I do not appreciate be[ing] called “Hitler Youth” just because I support the President of the United States. I would like to know how a professor can get away [with] treating his students like this. Apparently the IHL board and the university itself have zero concern over this.

Lawrence told The Fix in another email that he had reached out to Jeff Jackson, chair of the sociology department, “to express my concerns on being a student in this [Thomas] class after seeing the tweet, but he never even responded”:

This happened the first week of classes, and I dropped his class in the middle of the second week when I couldn’t get any assurance from the Sociology Department that I would be treated fairly in class.

The Fix has contacted Jackson for an explanation of the circumstances around Lawrence’s complaint.

Though the trustees voted “with dissent” to approve Thomas’s tenure bid, they said that their support for “academic freedom and expression” outweighed their consideration of his “effectiveness in interpersonal relationships, including professional ethics and cooperativeness.” Those are categories the trustees are required to consider when evaluating tenure bids.

The board also passed the buck to Ole Miss, saying that its recommendation of Thomas “carried the greatest weight” in the board’s approval.

A spokesperson for IHL declined to comment on Alexander’s complaint about Thomas or explain whether it would approve a tenure bid of a professor who called student supporters of Bernie Sanders “Mao youth” or a similar slur. The spokesperson simply referred back to the board’s statement.

UPDATE: The student who wrote the complaint to the IHL added more information in a subsequent interview. The Fix also reached the IHL for comment. The article has been updated accordingly.