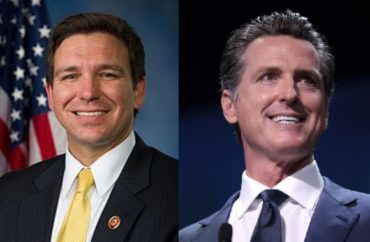 At most the restrictions reduced cases of COVID

Researchers with Southern Methodist University and Emory University teamed up with several conservative think tanks to study the health effects of COVID lockdowns, as well as the economic consequences.

“The economic benefits from more severe actions seem to be related only to reduced COVID cases and not hospitalizations or deaths,” the report from the Georgia Center for Opportunity said.

“Minor changes in the way that a state responds to events like a pandemic could result in hundreds of thousands of people being unable to work and provide,” an article summary said. “While the shutdowns affected all Americans to varying degrees, it’s clear that those most affected were low-income and poor Americans.”

Professor Stansel said these findings are why a targeted approach that would focus on protecting the most vulnerable should have been pursued.

“I think that focusing on protecting the most vulnerable, rather than a one-size-fits-all approach that treated everyone the same despite some being at much greater risk than others, would have done much less harm,” Stansel told The Fix.

Not every governor had the same lockdown policies as a New York or California, however. “[S]ome states did recognize the problems that severe economic restrictions create and chose to implement less severe restrictions,” the Southern Methodist University economics professor said.

Those that had fewer restrictions, such as Oklahoma and North Dakota, tended to have better economic outcomes but not necessarily worse health results. “Only COVID cases showed a statistically significant association with the severity of governmental actions,” the paper said.

The 510-page report contains a number of graphs and information on the statistical inputs used for the research.

Stansel and his other researchers would like to see government officials take these findings into account in the future.

“Policymakers and governmental authorities need to take this statistical evidence into consideration and be more mindful and cautious when imposing economic restrictions,” the paper said.

Policies should be crafted that “avoid impacting employment more than necessary and …minimize the harm on people’s livelihoods.”

“In practice, the evidence suggests that policies need to be more targeted and allow for more flexibility so business operations and employment may continue as much as possible,” the paper said.

Emory University economist Elena Pesavento deferred to the other authors of the report when asked for comment.