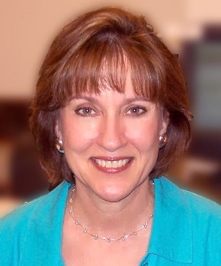 The woman in charge of the IRS division responsible for reviewing tax-exempt status applications and who is at the heart of an ongoing scandal over revelations the agency targeted conservative groups is set to receive an honorary tribute from Western New England University School of Law on Saturday.

Lois Lerner – director for the IRS Exempt Organization Division – is slated to deliver the school’s commencement address and be given the university’s “President’s Medallion.”

Established in 2002, the award is “bestowed upon those who have distinguished themselves in a particular field or in service to an important cause that has benefited society locally, regionally, nationally, or internationally,” the college’s website states.

In the wake of revelations that her division zeroed in on and gave extra scrutiny to groups with “tea party” or “patriot” in their names, Lerner, 62, has been thrust into the national spotlight, dubbed by some as the “face of the IRS scandal.”

Lerner knew of the inappropriate focus in her division on conservative groups since June 2011. She recently apologized publicly, but won’t comment on whether IRS employees will be disciplined, and denied any political bias was involved in the effort.

In touting Lerner’s impending arrival to the Springfield, Mass., campus – her alma mater – university officials noted she graduated from the law school in 1978 and now oversees nearly 1,000 employees charged with reviewing IRS applications for tax-exempt status and conducting examinations and compliance efforts.

Campus officials also tout how she is past president of the Council on Governmental Ethics Laws.

More recently, she has become the butt of jokes on social media and news websites after she revealed during a conference call with reporters Friday that “I’m not good at math.”

“You’re with the IRS, thank you,” replied Tom Costello of NBC News with a chuckle. He had asked the question that prompted her admission.

“I am a lawyer, I am not an accountant,” Lerner had quickly replied.

Revelations on the ongoing IRS scandal reveal Lerner’s division demanded much of conservative groups seeking tax-exempt status, including information “under penalties of perjury” on donor lists, names of family members and spouses, and whether people affiliated with the groups were planning to run for office.

Western New England University School of Law officials announced May 1 that Lerner is set to give the upcoming commencement speech and receive the honorary award, roughly one week before the controversial news surfaced.