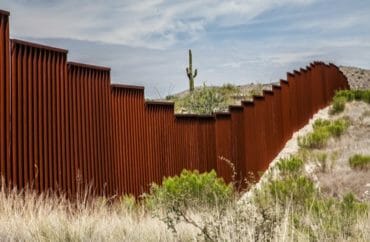 Marquette University offers students a chance for a “Border Awareness Experience” during spring break to “raise consciousness about the issues facing the border such as immigration, economic development, human rights, and social justice.”

The university’s website states the trip is meant to “immerse the participants in the border culture and the realities of the many people and groups that live and work there.”

The visit is organized in part through the Campus Ministry department and the Office for Intercultural Engagement at the private, Milwaukee-based Jesuit university.

Students who opt to go on the trip will fly from Milwaukee to El Paso and stay at the “The Annunciation House” which according to its website is “a house of hospitality for migrants” and a “sanctuary.” The “House” page notes that it is open to the undocumented and people without paperwork showing U.S. citizenship.

While staying in El Paso, students might spend the day “visiting the U.S. Border Patrol,” “listening to the stories of migrants and refugees,” “visiting a detention center,” “meeting human rights activists” and “observing immigration court cases.”

“The goal of this immersive program is to raise students’ awareness and compassion about border culture and related issues, including human rights, social justice and immigration, which aligns with our Catholic, Jesuit mission,” Marquette spokesperson Lynn Sheka told The College Fix.

Sheka said the cost of the trip covers food, group air travel, ground transportation, and housing. She declined to comment on whether the trip curriculum supports or opposes federal immigration laws.

Marquette’s Campus Ministry was also contacted. A response has yet to be received.

Other Jesuit universities are planning similar excursions to the border in coming months. John Carroll University has plans for a student trip in May 2019, during which they will “learn about the evolution of the US-Mexico border – how it has been shaped by governmental policies and social realities,” according to the university’s website.

Activities on the agenda include talking to undocumented students, ranchers, U.S. Border Patrol agents and pastors, as well as a visit to a border processing center, the “wall that divides the two countries,” and a “harsh” desert hike using an old migrants’ trail, the website states.

And Gonzaga University offers a similar “Battle at the Border: Justice in January” trip for students during winter break.

The universities plan these events even as a massive caravan travels north from Central America consisting of an estimated 7,000 migrants seeking to enter the United States illegally.

As for Marquette, its Campus Ministry has a question and answer page that states students at no point would “be traveling to Mexico at any point in this experience.” They also encourage students to avoid “walking alone at night” and state “women always walk in groups.”

The website recommends DACA students bring their paperwork. Each students is charged $450 to attend.

At least one student at Marquette said he believes the trip will not present both sides of the illegal immigration debate to students.

“I can’t imagine that the students are going to get anything resembling impartiality on the subject. Marquette and the Jesuits have made their support for open borders well known. I suspect that this trip will amount to little more than an excuse to assail our border enforcement and anybody who supports them,” Joseph Diamond, a junior at Marquette University, told The College Fix.