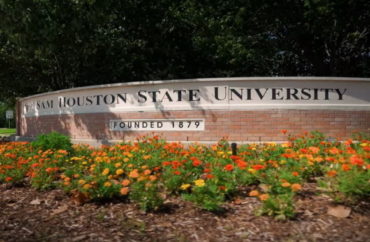 There is no proof that a black female student had water thrown at her by white students using racial slurs, a Sam Houston State University spokesperson told The College Fix on Wednesday.

In mid-September, a Fox News affiliate reported that “online posts show students reported another Black female student was targeted by a group of white students near the student center.”

“With regards to the conduct reported via social media to university officials on September 22, no report was filed with SHSU University Police Department,” media representative Stephanie Knific told The Fix in a statement. “UPD did investigate the social media claim, but has been unable to verify that the incident occurred.”

Furthermore, there is no evidence that a police report was ever filed over a claim by a black female student that someone scribbled the n-word on whiteboards fastened on dorm doors of black students, according to the results of a public records act request by The Fix.

Specifically, The College Fix sought police reports for both reported racial allegations, as an official university statement had stated in part that the “University Police Department and other appropriate offices are investigating.”

“The University has conducted a good faith search for information related to your request and was unable to locate information that may be responsive to your request,” a legal assistant with the university system’s general counsel office told The Fix. “Specifically, there were no University police reports regarding the identified incidents. Therefore, this request is considered closed.”

The Fix asked in a follow-up email on Wednesday if the university planned to release a statement to the campus community saying there is currently no proof the water incident occurred and for clarification on any further information regarding the whiteboard allegation.

No response has been received, so it’s unclear whether campus officials consider either matter a possible hate-crime hoax of some sort.

Fox 26 initially reported on September 23 that “online posts [on September 22] show students reported another Black female student was targeted by a group of white students near the student center.”

“Water was poured on her by the group while using racial slurs,” the news station reported.

Its article did not include any names of students, nor screenshots or links to the “online posts.” The College Fix also could not locate them on Instagram and Twitter using key search terms.

The news report did show some photos of the whiteboard vandalism, which used the n-word.

When the claims first made headlines, campus spokesperson Knific said in a statement to Fox 26 the incidents are “appalling and disheartening and [do] not represent Sam Houston State University’s values.”

“The University Police Department and other appropriate offices are investigating as the university does not condone this behavior in any way and is committed to fostering an inclusive environment,” Knific said.  “Any violation of the university’s Student Code of Conduct or the law will be dealt with by the proper authorities. Sam Houston State University encourages any campus member to report behaviors of discrimination to the Office of Equity and Title IX.”