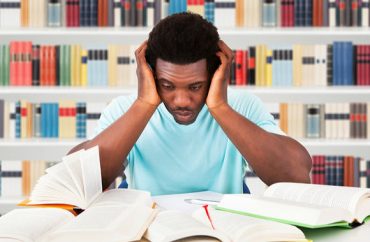 The University of Washington Tacoma’s Writing Center has published what it calls an “anti-racism statement” that bemoans what it contends are “unjust language structures” propagated by a society in which “racism is the normal condition of things.”

Worked on “extensively” by the center’s professional staff, tutors and director, according to its website, the statement “informs our center’s practices and on-going assessment efforts to improve our practices.”

The writing center works from several important beliefs that are crucial to helping writers write and succeed in a racist society. The racist conditions of our society are not simply a matter of bias or prejudice that some people hold. In fact, most racism, for instance, is not accomplished through intent. Racism is the normal condition of things. Racism is pervasive. It is in the systems, structures, rules, languages, expectations, and guidelines that make up our classes, school, and society. For example, linguistic and writing research has shown clearly for many decades that there is no inherent “standard” of English. Language is constantly changing. These two facts make it very difficult to justify placing people in hierarchies or restricting opportunities and privileges because of the way people communicate in particular versions of English.

Because we all live, work, learn, and communicate within such racist systems, the consultants in the writing center assume that a big part of our job is to help students become more critical of these unjust language structures as they affect students’ writing and the judgment of that writing. In particular, being aware of racism as structural offers students the best chances to develop as writers and succeed on their own terms in an inherently racist society.

Furthermore, by acknowledging and critiquing the systemic racism that forms parts of UWT and the languages and literacies expected in it, students and writing center consultants can cultivate a more socially just future for everyone. Just avoiding racism is not enough because it means we are doing nothing to stop racism at large, and it amounts to allowing racism to continue.

The writing center consultants and staff promise to listen and look carefully and compassionately for ways that we may unintentionally perpetuate racism or social injustice, actively engaging in antiracist practices. For instance, we promise to:

We also realize that racism is connected to other forms of social injustice, such as classism, sexism, heteronormative assumptions, etc., in similar ways. We promise further to do our best to compassionately address these issues as they pertain to student writing as well.

The statement, reported on by the Daily Caller and other outlets, has prompted a large amount of ridicule and scorn. The Daily Caller article notes that the Tacoma Writing Center’s prioritization of social justice over grammar resembles previous concerted efforts to legitimize incorrect speech, such as Ebonics, “inventive spelling,” and “whole language.”

In response to criticisms, the center accused news outlets of spreading inaccurate information.

It’s unclear how the center’s rebuttal contradicts its clearly stated “promise” to “emphasize the importance of rhetorical situations over grammatical ‘correctness'” and “challenge conventional word choices.”