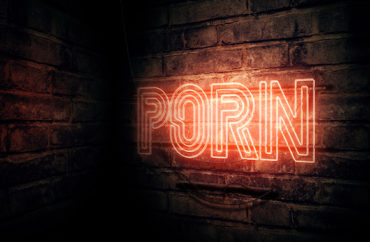 The Diversity of Human Sexuality, a class that, according to the course description, “considers biological, psychological, and socio-cultural determinants of human sexuality and sexual behavior,” covers a number of topics regarding sexuality and reproduction, including “cultural diversity, sexual development (physical and psychological), sexual health, reproduction (pregnancy, contraception, abortion), development of sex, gender and orientation, adult sexual bonding, sexual abuse and assault.”

The course is highly popular, with the class regularly meeting its 440-students threshold. The school’s newspaper The Daily reports that the class makeup consists of “psychology majors, chasers of ‘easy 4.0s,’ diversity credits, and a handful who admit to taking the class purely to get laid.”

Notably, the paper also reports that the course’s instructor, Nicole McNichols, hosts representatives from a local sex toy shop who offer a raffle for free pornography.

The Daily reported that McNichols also shows pornographic videos “around week five” of the course. In an interview with The Fix, McNichols refuted that assertion, stating that she “absolutely [does] NOT show pornography in class.”

“I do show videos which are sexually explicit, but they are shown only for the purpose of educating students about important issues and always include scientific perspectives,” McNichols said. She did not respond to a followup query asking what kind of “sexually explicit” videos are screened during class.

Lisa Finn from Babeland told The Fix that the sex toy shop’s workshop “​is a general sex education class with a focus on pleasure.”

“We go over consent and communication – where we talk about what enthusiastic consent looks like, as well as tips for communicating openly with a partner about needs and boundaries. The class also covers anatomy- specifically, the anatomy of pleasure- where we talk about bodies, erogenous zones, and best tips on getting to know your own body,” Finn said.

“This is a fabulous course, because we get to teach students some sex education during a human sexuality curriculum that might not already have our pleasure-focused viewpoint,” Finn said.

McNichols told The Fix that she prefers the course to be collaborative in nature.

“I explain to students the first day that the course is a collaboration and encourage them to bring to me alternative ideas or perspectives. I have even incorporated their suggestions into the class! I believe this makes students feel understood and validated, and affords them an active role in their own education,” she said.

“My most central goal is to empower students by providing comprehensive, sex-positive, sex education. There is so much stigma and shame surrounding sexuality in our culture, and I aim to eliminate this by providing evidenced based, non-biased information,” McNichols stated.