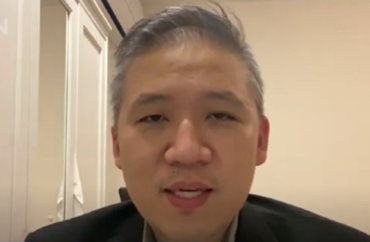 Eric Feigl-Ding has been caught before inflating his credentials

Florida did not underreport the number of recent COVID deaths, a university epidemiologist said, in a direct rebuke of a former volunteer Harvard nutritionist who has rebranded himself as an expert in coronavirus.

“BREAKING—Florida is caught underreporting #COVID19 deaths by 3.5x. Instead of the reported “175” deaths, the actual net increase in #COVID deaths is 616 in one week. Fuzzy math @GovRonDeSantis?” Eric Feigl-Ding tweeted on August 6. He appears to have deleted the tweet on his account “DrEric Ding.” He is not a medical doctor, however.

Feigl-Ding (right) has a degree in epidemiology but most of his research prior to last year centered around nutrition and exercise. He also regularly used his affiliation to Harvard University to bolster his reputation, but he was just an unpaid nutritional scientist with the Ivy League, journalist Jordan Schachtel previously uncovered.

The nutritionist botched the claim that Florida was “caught underreporting” deaths due to COVID, missing the simpler explanation of delays in death reporting.

Feigl-Ding and other misinformation amplifiers, like Democratic Florida gubernatorial candidate Nikki Fried, “seem to work from the baseline assumption that the Florida [Department of Health] are either hiding something or incompetent,” University of South Florida epidemiologist Jason Salemi told news station 10 Tampa Bay.

“I put out a YouTube video explaining that the data may be difficult to understand at first glance, but are not incorrect or trying to hide something,” Salemi said.

“There’s a big difference between COVID-19 deaths, based on when they are reported versus when they occurred,” the video, released in June, explains.

Numbers on cumulative cases can also face revision because someone might die in one county but live in another county.

Feigl-Ding has previously been criticized for urging a shutdown of in-person learning while taking his own family to Austria, where the schools remained open.