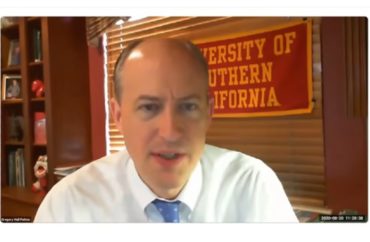 Violations of academic freedom in response to politically incorrect utterances rarely draw widespread attention. If they do, it’s more likely the university will get criticized for not punishing a professor who said something in a pedagogical context that triggered a student.

Greg Patton’s removal from teaching by the University of Southern California, however, became an international incident because it was also an insult to Chinese speakers. Even worse, USC’s Marshall School of Business is now facing an internal revolt among faculty who worry they could be the next scapegoat for perceived racism.

You may remember that Patton’s sin was filling in his class on “filler” words in different languages, including the Mandarin word “nàge,” which can sound like “nigger” when spoken in certain ways. Anonymous black students threatened to boycott Patton’s classes because he had created “an unwelcome environment” for them.

The Marshall School’s Faculty Council surveyed 105 instructors about Dean Geoffrey Garrett’s action against Patton (above) for using a “polarizing example” of a filler word in a class on intercultural business communication.

While USC insists Patton “volunteered” to step down from the class, faculty clearly didn’t see anything voluntary about it.

The Chronicle of Higher Education obtained the Marshall School’s internal report on the incident, which says faculty broadly felt “anger, disappointment, betrayal, and outrage” in response to Patton’s punishment:

But that summary doesn’t do justice to scathing comments from the survey. They provide a portrait of a business school in which professors are now convinced that a single student complaint, even a questionable one, could upend their careers, and that the school’s leadership, as one professor put it, “doesn’t have our back.”

Individual interviews revealed that faculty felt “scared to death to teach in this environment” and “will have to walk on egg shells all the time” so as not to “be accused of being a racist, bigoted, insensitive.” One said USC’s response will “make me even more conservative and guarded than I already am.”

The administration’s desperation to appease the anonymous offended students may actually make classes less diverse, according to surveyed faculty, who pledged to “avoid any diversity and inclusion topics,” “strictly stick to safe topics” and possibly “cut sessions on culture.”

Letter to students was ‘chicken shit’ 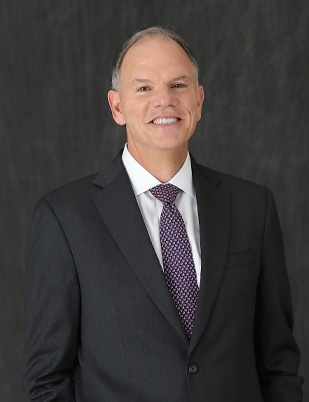 The email from Dean Garrett (left) to students about the incident, which implied faculty would be punished for using words that “harm the psychological safety of our students,” enraged faculty.

They are “pissed off” by the “chicken shit” letter from the dean, who is “willing to throw faculty under the bus in order [to] preserve the appearance of diversity and inclusion instead of opening up dialogues on both sides.”

Conor Friedersdorf of The Atlantic said he obtained a “transcript” from the Faculty Council’s discussion of the survey, which added that faculty are beset by “an overwhelming sense of vulnerability” that they could be “cancelled” at any time for their pedagogical choices. They are not only afraid to discuss diversity and inclusion, but also “such topics as politics and international relations.”

One professor told Friedersdorf that Patton’s punishment “rocked the business school,” and the dean’s letter in particular “caused immeasurable damage.” Another said that freedom of speech and intellectual freedom “have largely fallen out of fashion” at USC, like “most elite universities,” and the result is “a climate of terror among faculty.”

To mollify some of its business students [whose factual claims have been challenged by other witnesses and even video evidence], USC was willing to undermine a professor in good standing. Academics elsewhere are watching. They see the majority of faculty, alumni, and outside observers saying, “This goes too far,” and the bureaucracy holding firm. So far, USC administrators have not admitted error. They have not apologized to Patton or reinstated him to his classes. And they have left business faculty so fearful and insecure that some are self-censoring to protect their positions.

“As one of the first scholars to document the phenomenon of psychological safety, I am here to report that this is a very common misapplication of the concept,” the management scholar says:

Psychological safety is not the same as a safe space. It is not the same as a trigger-free space. It is not a space where you will always feel comfortable and not have your views challenged. It is almost the opposite. It’s a brave space, really—an environment in which people do not feel they have to hold back with a concern or question for fear of recrimination or humiliation. And thus, it’s often an environment of vigorous and challenging give-and-take.

When people lack psychological safety – and feel tied up in knots about whether others will think less of them – they hold back too much of what they are seeing and thinking, and their teams suffer. …

Imagine the rich classroom (alas, now Zoom) discussion about communication differences and cultural nuances that could have taken the place of all this heat and noise. Truly a missed opportunity.