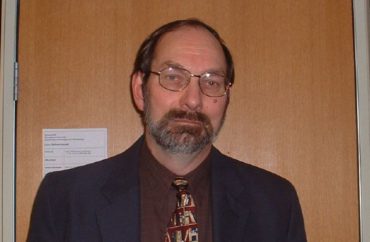 A Georgetown University professor exonerated of racism charges after a 13-month investigation isn’t out of the woods yet.

The Catholic university’s top diversity official “referred the matter” of the white professor’s pedagogical use of the n-word to his dean, according to The Georgetown Voice, an independent campus newspaper.

Timothy Wickham-Crowley, a sociologist who has taught at Georgetown since 1986, was investigated in response to students claiming that he had offended them in April 2019.

The university “did not find sufficient evidence that the incidents involving you were severe or pervasive, as they were isolated comments with limited duration that occurred within select classroom instruction or during an office visit,” Rosemary Kilkenny, vice president for diversity, equity and inclusion, wrote to Wickham-Crowley (above) in a May 29 email, according to the Voice.

Yet she referred his quotation of the n-word from a textbook to Dean of the College Christopher Celenza for “further review,” saying it was “not acceptable” in any context, in the newspaper’s words.

The professor will not return to teaching classes this fall, but it’s not clear who made that call: the administration or Wickham-Crowley. He declined to explain his absence from the classroom in a short College Fix interview, and his wife, an English professor at Georgetown, did not respond to queries. 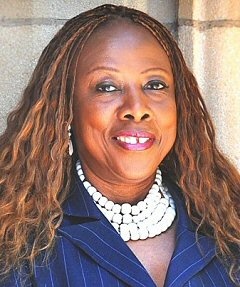 Georgetown media relations did not respond to multiple Fix queries into Wickham-Crowley’s status at the university and Kilkenny’s reported referral of the matter to Celenza. Neither Kilkenny (right) nor her office – Institutional Diversity, Equity & Affirmative Action – responded to questions about what she wanted Celenza to review about the pedagogical use of the n-word.

The National Association of Scholars had harsh words for not only the administration but the Voice. The newspaper’s Aug. 10 report was “transparently propaganda by the diversity thought-[police], transmitted by means of a convenient journalist, to promote public acquiescence to any punishment of Prof. Wickham-Crowley,” a spokesperson told The Fix in an email.

The Voice did not show readers any of the materials it described, including the original complaint against the professor, the report by Kilkenny’s office and Wickham-Crowley’s written response to the report.

The newspaper, which says its “news and feature stories take a non-ideological stance and give voice to all sides of the issue,” described Wickham-Crowley’s classroom comments as “offensive and discriminatory” without attribution. The report opens with a content warning: “This article references offensive statements made by the professor.”

Joke about ‘Mississippians not wanting to be treated like Puerto Ricans’

Wickham-Crowley’s situation most closely resembles a 2019 investigation at The New School in New York, when Prof. Laurie Sheck was charged with racial discrimination.

She had assigned James Baldwin’s essay “The Creative Process,” in which he noted the tendency of Americans to modify, suppress, or lie “about all the darker forces in our history.”

Later, in one graduate seminar, Sheck initiated a classroom discussion in which she observed how a 2016 documentary entitled “I am not your Negro” had intentionally altered Baldwin’s original phrase: “I am not your nigger.” This discussion prompted a white student to file a complaint against her alleging racial discrimination.

According to the Voice, four Georgetown students emailed sociology professors and university administrators demanding an investigation into Wickham-Crowley’s comments in his course on social movements. They also wanted his curriculum reevaluated, “cultural competency training” for the sociology department and the hiring of two nonwhite professors, “one of whom must be Black,” the newspaper reported.

Angel Osagie-Erese, Angel Reed, Briana Thomas and Jonathan Richards said the professor had inflicted “the same pain” they experience from “fellow students on campus,” such as “microaggressions, discrimination, and prejudice.”

This is “unacceptable and terrifying,” they continued, given the “evident power dynamics between a white man who is a professor and Black individuals who are his students.”

The newspaper gave two examples of the professor’s comments cited by the students. He made a joke about “Mississippians not wanting to be treated like Puerto Ricans” – with no further context – and quoted the n-word while “reading aloud from a course textbook.” (The report does not specify anything about the textbook.)

Unbeknownst to the students at the time, the university would spend the next year investigating these alleged comments. Reed continued to tweet about the allegations this summer, emboldened by Black Lives Matter protests.

Wickham-Crowley “harassed us for months” around the time of the incident, she said in a June 5 thread, referring to herself and “my friend [Thomas].” She called the university and its “allies … full of shit.”

Reed further specified that 10 organizations signed their “detailed 13 page letter” but not La Casa Latina, among others. “[C]ountless students, Black and Brown included,” declined to support the complaint, including all but two of their classmates.

I know this isn’t going to gain any traction. But last spring my friend and I reported our racist professor in a detailed 13 page letter signed by 10+ orgs. We talked about how traumatizing it had been and how he harassed us for months. We had demands and @Georgetown did nothing.

We reached out to countless students, Black and Brown included, and no one stood by us. 30 person class and only 2 other students agreed to support the letter. La Casa Latina, in addition to other organizations, refused to support us.

(This tweet appears to confirm that all four students cited by the Voice were in the class that forms the basis for their complaint. The newspaper report did not specify this, but did note that one is a student in Georgetown’s business school, not the College of Arts and Sciences.)

Later in June, Reed and Thomas sent an accusatory email to those they deemed “complicit in or an active enabler of the racism and pain inflicted by” the professor. They pared down their demands to just one: “FIRE PROFESSOR TIMOTHY WICKHAM-CROWLEY.”

(The email, written by Reed, also accuses Prof. Michelle Wang of making an “inappropriate comment [May 31 on Twitter] that centered Asian American lives regarding police brutality and the Black Lives Matter movement.” When Reed “held her accountable” for this remark, the professor allegedly “target[ed]” her. The Fix could find no media coverage of this accusation, including in the Voice.)

Reed offered supporters their choice of subject lines in email templates: “Fire Professor Timothy Wickham-Crowley Immediately” or “In Solidarity with Angel Reed and Briana Thomas.” The next month, the university told students Wickham-Crowley wouldn’t teach his introduction to sociology course.

Wickham-Crowley denied any misconduct, telling the Voice that the “version of events” by the four students “was investigated for over a year, and that claim [was] not supported by the recent report issued by the Diversity Office. Let us leave it there.”

He declined to share his side of the story with The Fix or provide exculpatory evidence, writing in an email that he would not go “beyond what I said months ago to The Hoya.” (The Fix could find no mention of Wickham-Crowley in Georgetown’s better known student newspaper since 2015, when he was interviewed about “shopping while black.” He appears to have confused the Hoya with the Voice.)

Georgetown is ‘creating self-righteous volunteers for the political police’

The reported investigation of Wickham-Crowley shows that Georgetown is “moving to abrogate academic freedom—and higher education, period,” the National Association of Scholars spokesperson told The Fix.

He said it was absurd to ban discussion of historical texts that may contain racially insensitive words by today’s standards:

Colleges that adopt “the censorship standards of the diversity thought police” can’t claim that they are educating their students or “improv[ing] their students’ character,” he continued. Instead, they are “creating students who relish censoring their fellows in the name of ‘sensitivity’—self-righteous volunteers for the political police.”

Noting that Dean Celenza (below) authored a book called The Lost Italian Renaissance, the spokesperson deadpanned that the administrator is securing his place in a future historian’s book: “The Lost American Freedom.”

The dean will either be remembered as “the defender of Prof. Wickham-Crowley, or as the man who acquiesced in his persecution,” he said.

The spokesperson further highlighted the ideological vernacular in the Voice report, including its content warning and capitalization of “Black” in describing people of African descent. He specifically criticized Caroline Hamilton, the Voice executive news editor, who wrote the article.

Her report “largely echoes the charges of Thoughtcrime and Speechcrime” and makes no mention that the professor’s punishment could violate “contractual rights, intellectual freedom, common decency, or common sense,” the spokesperson said: “Wickham-Crowley’s defense of himself is given as briefly as possible; no one else is interviewed to defend him.”

The Foundation for Individual Rights in Education, whose intervention in the Sheck case helped exonerate The New School professor, is staying on the sidelines in the Georgetown case, citing the ambiguity of Hamilton’s reporting.

“It’s not clear from the article what the context of the use of the language was” or whether Wickham-Crowley’s absence “is related to the controversy or involuntary,” Adam Steinbaugh, director of its Individual Rights Defense Program, told The Fix via email.

“The university appears to have concluded that the offensive language was not severe or pervasive, meaning it did not amount to unprotected harassment,” Steinbaugh continued. If this is the case, and if the use of the n-word was “pedagogically relevant and fell short of harassment,” then the speech was “almost certainly protected by basic principles of academic freedom.”

FIRE would like to learn more if the professor “was punished for protected expression,” he added.