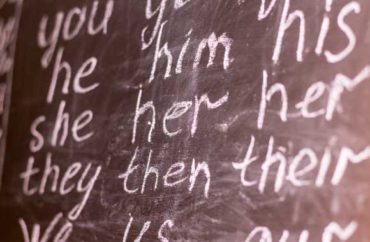 ‘Fat-phobia,’ ‘ableism,’ and ‘anti-trans’ identified as ‘contribut[ing] to an environment that perpetuates violence’

Calling someone by “the wrong pronouns” is among the “abusive” behaviors named in a required online training for all Harvard undergraduate students, the Washington Free Beacon reported September 14.

The mandatory “Preventing and Responding to Sexual Harassment and Other Sexual Misconduct” Title IX training included a slide depicting a “Power and Control Wheel” to identify specific “harmful” behavior, The Free Beacon reported. The news site reproduced images from the training but did not link to the program.

Written on the outside of the “Power and Control” wheel are “attitudes” including “anti-queer and anti-trans,” “patriarchy,” “ableism,” and “sizeism & fat-phobia.” These “‘contribute to an environment that perpetuates violence,’ a voiceover from the training states,” according to the Free Beacon.

The inside of the wheel is divided into sections naming different categories of abuse, including “physical abuse,” “emotional abuse,” and “cultural/identity abuse,” according to the image. “Cultural/identity abuse” is defined as “any attempt to limit a person’s sense of self based on identity and/or culture…e.g. objectifying identity, language, religion, culture, gender expression etc. or using the wrong pronouns.”

“Emotional Abuse” is defined as “any attempt to manipulate to [sic] a person’s thoughts and feelings.”

Harvard said the “abuse” behaviors inside the wheel may violate its Title IX policies, according to the Free Beacon.

“We all have an essential role to play in creating a community that cultivates gender equity and inclusion,” Harvard College dean and sociology professor Rakesh Khurana said in a video included in the training, according to the Free Beacon. “Completing this course is a critical step in establishing a shared understanding of the values here at Harvard College.”

Harvard introduced the training in 2016, The Harvard Crimson reported. It became required and “tied to course enrollment” in 2018, according to a Crimson article from that year.

The training also depicts scenes in which potential Title IX violations take place and instructs students to “prioritize social justice and inclusion” and “intervene” to prevent “harm,” according to the Free Beacon.

In one scenario, the course states explicitly that “repeatedly using the wrong pronouns” could violate Title IX, according to the Free Beacon.

Harvard defines sexual harassment in violation of Title IX as “unwelcome conduct on the basis of sex, including sexual orientation and gender identity,” according to a university policy document updated August 2022.