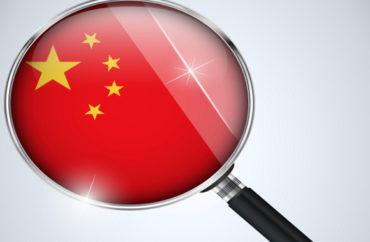 According to a statement released at the time by the Texas Bureau of Economic Geology, the agreement would “encourage academic cooperation through research and study in furtherance of the advancement of learning.”

But in October 2020, the U.S. Department of Education released a report critical of such foreign entanglements, specifically deeming contracts with China University of Petroleum a security risk.

“Academic research regarding oil and gas extraction should not be considered separate from the Chinese government’s geopolitical ambitions,” the Education Department report reads, adding, “China’s largest oil companies are state owned and dominate China’s oil market, so this could cross paths with Chinese government endeavors.”

While the report redacted the name of the school it discussed, UT-Austin’s agreement with the China University of Petroleum is well documented. For instance, the school’s “Institutional Agreements” page lists CUP as a partner.

And according to a federal database of foreign contributions to American universities, UT-Austin received $600,000 in contributions from the China University of Petroleum in 2019.

In addition to the partnership with the CUP, records show that since 2015, UT-Austin has accepted $407,000 from the China National Petroleum Corporation, $400,000 from Shaanxi Yanchang Petroleum $233,000 from Petro China, and $110,000 from Bankers Petroleum, all of which are listed as having ties to the Chinese government.

UT-Austin spokesman J.B. Bird noted the school’s contract was with a university in another country, not with a country.

“International collaboration is a key part of academic research, particularly in certain fields, such as energy, which are global in scope at both the academic and industry level,” Bird told The College Fix in an email. “To remain competitive, it’s often vital for researchers and students to participate in research of a global scope.”

In discussing the agreement between the CUP and the unnamed school, the Education Department report notes that while the agreement may appear to be mutually advantageous, “it arguably demonstrates that China is leveraging America’s most capable resources to develop a geopolitically significant industry.”

In addition to warning of the security challenges when universities cooperate with foreign entities, the Education Department report criticized schools for failing to report over $6.5 billion in foreign contributions as required by federal law.

“The UT System and each of the 14 UT institutions take their reporting obligations under Section 117 of the Higher Education Act seriously,” said UT System spokeswoman Karen Adler in an email to The College Fix. “The UT System cooperated fully with the Department of Education’s inquiry, including initiating a comprehensive review to ensure that UT institutions remain in compliance with Section 117.”

While noting the Department of Education had closed its investigation of the UT System, Bird said only the department knows what school it was referencing in the redacted portion of the report. Bird said the department “found nothing to substantiate the allegations and commended UT for its compliance.”

The report notes China has recently expanded its reach on oil and gas exploration, specifically with the Belt and Road Initiative, which is “expected to be a means for China to access greater natural resources.”

“The threat of improper foreign influence in higher education is real,” said former Education Secretary Betsy DeVos* in a statement following release of the report.

“Transparency in foreign funding of higher education is not just something I think is a good thing; it’s the law,” DeVos said. “For too long, enforcement of that law was lax, but not anymore.”

“China’s infiltration of American higher education is increasingly evidenced by the number of American-based researchers recently charged with Chinese collaboration,” the report reads, adding that the Department of Justice has filed over 20 criminal cases concerning economic espionage, trade secret theft, and research control since 2018.

“America’s adversaries have long exploited the openness of American society, our deeply held belief in free inquiry and academic freedom, and the misjudgments of some higher education industry leaders to advance their institutional interests at the risk to American security,” the report reads.