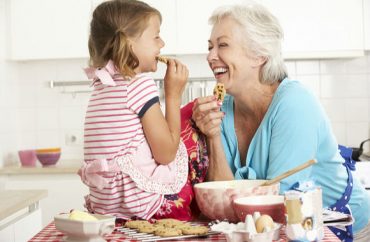 Several Student Government (SG) representatives filed a resolution against Young Conservatives of Texas (YCT) that also called for the administration to punish and even expel students who commit “future incidents of bias.”

Without referring to the resolution, YCT sent a legal threat letter to UT President Gregory Fenves. It said the group would sue UT if it took “punitive action” against YCT for its speech, citing a federal law that allows lawsuits against public officials for retaliating against or chilling protected speech.

A university spokesman told The College Fix in an email Tuesday night that won’t happen, because UT “does not and will not take action against an organization for protected speech.”

‘More of a movement’ than actual legislation

Debate was extended at the unusually lengthy meeting, according to the Daily. President Kevin Helgren said YCT’s bake sale was “hate-filled” but emphasized that the university could choose to ignore an approved resolution.

Co-author and co-sponsor Priya Suri said the resolution was “more of a movement and a statement that we stand in solidarity with people of color and people who were emotionally affected” by the bake sale.

The outcry against YCT’s bake sale started with a student petition that alleged the cheeky demonstration against racial preferences – which was partly led by a black student – was a “hate crime.” It had 860 signatures as of Tuesday night.

It’s not the first petition to try to kill YCT at UT for a political demonstration – three years ago, more than 5,000 people signed a similar petition.

The new petition was followed by the SG resolution, which has seven sponsors and 12 authors. Two authors work in the Multicultural Engagement Center, though neither is listed as full-time staff – Cameron Maxwell, director of external relations for African American Affairs, and Alejandrina Guzman, director of Latino Leadership Summit for Latino Community Affairs.

"I don't think it's controversial to oppose racism." A supporter of A.R. 15 rebukes claims of controversy surrounding the bill.

The resolution is dripping with contempt for what it characterizes as UT’s hands-off approach to offensive campus speech.

It cites the bake sale; a Feb. 20 incident where white UT students allegedly threw bottles and yelled a racial slur at a black student; Phi Gamma Delta’s 2015 “border patrol” party, which was investigated by the dean of students; and the cause of the prior petition, YCT’s planned “Catch an Illegal Immigrant” game (canceled due to “safety concerns“), among other incidents.

The resolution says UT took “no punitive action” against “identifiable university-associated perpetrators” in most of the incidents. It suggests that UT should punish students when their actions provoke “large-scale protests and outrage.”

"I don't feel comfortable voting on this today." A representative opposes passing A.R. 15 without further consideration of the legislation.

In fact, the sponsors wish UT were more like the University of Oklahoma, approvingly citing its president for unilaterally expelling two fraternity members who allegedly led racist chants on a private bus.

UT’s “continual” failure to punish this speech is spurring more bias incidents, according to the resolution. It says the university has the power to punish such speech as “harassment.”

The resolution claims that racially charged speech is considered “obscene” under the Supreme Court’s 1986 Bethel standard, which does not apply to speech in a university setting. (The Supreme Court said five years before Bethel: “[O]ur cases leave no doubt that the First Amendment rights of speech and association extend to the campuses of state universities.”)

AR-15 asks the administration to disband YCT “to prevent future incidents from occurring,” and to threaten future targets of bias complaints with “disciplinary probation, suspension or expulsion … among other efforts like education.”

The resolution seems intended more for public consumption than actual passage, noting that it was sent to The Daily Texan, campus news station KVR, “other campus media, city and national media.”

The SG’s Campus Climate Advisory Board also implied that it wanted to see YCT sanctioned. It released a letter Thursday that first argued against the bake sale’s political message, but then concluded: “Hate cannot, should not, and will not be tolerated at The University of Texas at Austin.”

YCT’s letter to President Fenves is short on specifics about who on the university payroll has attacked the organization since its bake sale, and doesn’t explicitly mention the SG resolution.

It said “University employees” have called it “racist” for its stance against racial preferences, and cited

efforts by University employees and University-sanctioned entities to disband YCT-UT and punish its members on account of our speech. Some have gone as far as to call for the development of a “hate crime policy” that would punish students for holding similar demonstrations in the future.

MORE: Court rules you can’t yank funding from students in retaliation for their speech

“The university would never consider barring a feminist group from holding a ‘Gender Pay Gap Bake Sale’ on campus,” which have been held on other campuses, the letter says.

It promises that YCT will fight “in court, in the legislature, and on campus” if the university infringes its rights.

The group promises to defend itself with what’s known as a Section 1983 claim; the 9th U.S. Circuit Court of Appeals cited the provision in a campus speech retaliation ruling this spring.

YCT President Allison Peregory told The Fix “the Student Government Assembly does not act as the freedom of speech police at UT Austin.”

She said the authors and sponsors of AR-15 “would much prefer to attempt to suppress freedom of speech at UT Austin rather than to be intellectually challenged and have a discussion with peers they disagree with.”

Peregory did not respond to followup email questions Tuesday night about the identities of the “university employees” that YCT cites in its letter, and whether the group was referring to SG leaders, non-student campus staff or both.

‘More speech is the answer’

The spokesman also conveyed a message from SG President Helgren that “no financial resources would accompany the student legislation if voted on and passed tonight” – meaning that YCT would not lose any benefit it currently enjoys as a student organization.

The university’s statement in response to the bake-sale controversy and resolution suggests that it wants critics of YCT to use their speech more frequently.

“During and after the ‘bake sale,’ other members of the university community also exercised their free speech rights by protesting the event, which was offensive to many members of the community and out of line with UT’s values,” the statement reads. “More speech is the answer to speech some find offensive. This is often the nature of discussions on a university campus.”

In case there was any doubt about its position, UT’s statement concludes:

A role of the university is to help its students understand and respect the rights of free speech.  The “bake sale” event last week was an example of the exercise of free speech.  No students or organizations will be punished for that display.