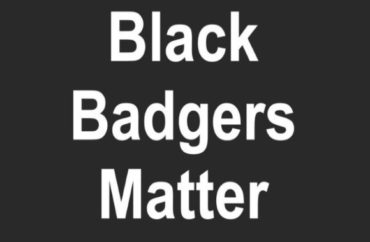 In the wake of nationwide protests for racial equality, a new petition launched by a University of Wisconsin-Madison student calls for campus police reforms, more funding and support for black students on campus, and “anti-racist narratives” to be embedded into academics and inclusion trainings.

The petition, titled “An actionable response to racial injustice from UW-Madison,” comes as racial tensions flare over the death of George Floyd, an unarmed black Minneapolis man who died in police custody last week. The white police officer who executed the arrest on Floyd has since been charged with murder.

Wisconsin, like the rest of the nation, has experienced violent protests as a result, including in Madison, where its mayor declared a state of emergency and imposed a curfew over the weekend after riots and looting took place, the State Journal reports.

Racial unrest has also long plagued the University of Wisconsin-Madison, and the student behind the petition said she hoped to offer solutions.

“In order to fight against racial injustice moving forward, the university must recognize institutional racism at UW-Madison and take action in dismantling it,” engineering student and author of the petition Maïsha Kasole told The College Fix in an email interview Thursday.

The petition calls for police reforms such as suspending paid administrative leave for cops under investigation and requiring officers be held liable for misconduct settlements.

As for campus changes, the petition seeks more funding for the multicultural and black campus centers, as well as more black faculty, arguing “Black students are more likely to succeed in college when they are taught by black professors.”

The petition also requests “anti-racist narratives in the curricula of all students and training for all faculty” and more accountability for allegations of campus racism.

As of Thursday night, the petition garnered nearly 7,000 signatures since it was published on Wednesday.

“The University needs to make serious changes to show a commitment to effective change on campus,” the petition states. “Time and time again, you have asked black students to come forward and report instances of racism. Racism at UW-Madison is not just an individual problem; it is in fact institutional.”

Kasole said she felt optimistic about her effort’s ability to effect change.

“I feel hopeful about the changes that can be implemented with the support of the Badger community. I think racial injustice can make a lot of people feel isolated and like they don’t belong on campus. The signatures mean that Badgers care and are demanding change,” she told The Fix.

“[W]e appreciate the feedback we’re receiving from students, staff, faculty, alumni, and community members about how we can work together to confront racism in all its forms and make our campus more welcoming to everyone,” she told The College Fix.

A spokesperson for the UW-Madison Police Department declined to comment except to tell The College Fix via email: “We have seen the petition and are committed to working with our students and university leadership on these important issues.”

Kasole said, in the end, her effort is about educating the masses.

“I would also encourage you all to educate yourself on the issue of racial injustice,” she said, adding “it is important.”

MORE: ‘Whites Only’ sign at UW-Madison was part of protest for ‘underrepresented students’