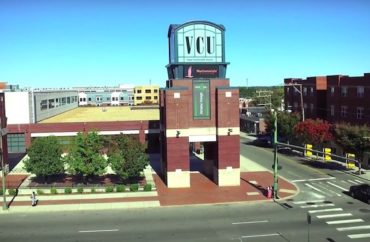 Campus journalist is ‘certain’ it was members of the student government

Campus police at Virginia Commonwealth University allegedly have enough security footage to make a positive identification of campus newspaper thieves there, a week after hundreds of the school’s newspapers were stolen and trashed reportedly by members of the school’s student government.

Last week campus and local media reported that members of VCU’s Student Government Association were seen removing hundreds of issues of The Commonwealth Times from on-campus kiosks and throwing them away. The newspaper issue in question featured as its cover story reports of a “toxic” working environment within the student government itself, one in which “discrimination and harassment” are rampant.

According to newspaper officials, 13 separate newsstands were looted on Wednesday, Feb. 26. Witnesses on campus said that student government representatives were either stealing the newspapers or were present with someone who was taking them. Among the accused representatives is Student Government Association President Breanna Harmon.

The total cost of the print run was over $1800, according to the newspaper.

Witnesses said SGA members cleared out copies of The Commonwealth Times from kiosks on campus, following an article published Wednesday that detailed conflict within the organization. https://t.co/niARCFbiac

Campus police would not reveal on Monday afternoon whether they are moving forward with any charges or arrests. Police spokeswoman Corey Byers declined to comment on the matter. “As of today, the VCU Police investigation continues and we do not have any updates to provide at this time,” she said Monday evening.

Yet Georgia Geen, the executive editor of The Commonwealth Times, said police have the necessary evidence to determine who stole the papers.

“VCU Police has also been investigating, and say they have enough security footage to figure out exactly who did it,” Geen told The Fix over email.

She added that The Times is “certain it was a few SGA members and possibly some friends (one of our staff members saw two people taking the papers that confirms this), but understandably the school hasn’t confirmed anything at this point.”

Geen said the investigation of the case has mostly stalled due to the school’s spring break.

“Student Conduct (which is the body that would decide sanctions) said they won’t be able to really get the ball rolling until next week because students are out this week and last week a lot of their staff was out,” she said.

The Office of Student Conduct and Academic Integrity declined to comment on the controversy. A representative said over phone that officials would not be able to offer information on any cases currently under progress in that office, including whether or not such a case had even been brought. The representative said she would pass The Fix‘s query on to the division’s director, Karen Belanger.

Some campus officials condemned the newspaper theft shortly after it occurred. The faculty and staff of the Robertson School of Media and Culture said in a statement that the theft “appears to attack the most fundamental tenet of a free press in American society: Ideas should never be suppressed, and censorship can never be condoned.”

The announcement called on the university to “unanimously support the journalists of The Commonwealth Times in their quest to seek truth and report it.”

Geen, meanwhile, felt like the campus newspaper sent a message to the thieves following the incident.

“There aren’t really any measures we can take to prevent this in the future, but I think our swift reporting on the subject and subsequent public reaction go a long way in discouraging future censorship attempts,” she said.