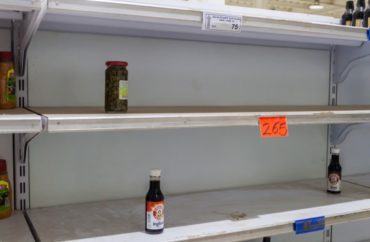 Jorge Galicia is experiencing a bit of déjà vu.

Galicia, a 24-year-old Venezuelan exile currently in America seeking asylum, faced all this — and much more — in his home country. Now he’s surrounded by it in the United States.

“I feel like I’m back home when I see all these shelves are empty,” Galicia told The College Fix in a recent telephone interview.

“It feels like a memory,” he said. “I have already lived these kinds of episodes — not because of an epidemic, but because of socialism. This was my regular way of living when I was in Venezuela. It was like this every single day.”

But there’s one huge difference, he added.

“Here, at least, we have the expectation that everything will recover once we solve this problem with the pandemic,” Galicia said.

In the meantime, Galicia’s nationwide campus tour warning college students about the dangers and ramifications of socialism is temporarily on hold. 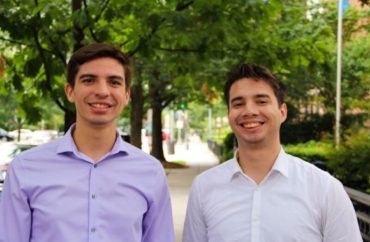 Galicia and his fellow Venezuelan exile Andrés Guilarte have spoken at dozens of college campuses over the last several months as part of a speaking project funded and coordinated by The Fund for American Studies and titled “Venezuela: My Story … Your Future?”

“Andres and Jorge have explained that the Venezuelan economic collapse began with the same promises of free education and free healthcare, and led to widespread dependency on government handouts,” Slattery told The College Fix via email.

Galicia traveled to America in October 2018 and Guilarte in January 2019. Both men were student political activists involved in liberty-minded campus groups in Venezuela, and came to the U.S. to take part in various academic-intellectual programs. Today they seek asylum.

“I know for a fact that if I return to Venezuela, I will be captured the very first moment I step in,” Galicia told a room full of college students at Marian University on March 12, his final speech before the speaking tour was put on pause.

He also spoke to the students about the dire situation his country faced before he left. In addition to severe shortages of food, medical supplies and gasoline, he had to drive into town to get water, electricity and the internet would lose power constantly, and his close friend was jailed for three months for being a political dissident. During that time, Galicia had to hide out so he, too, was not arrested.

After his friend was released, “I was never the same,” he told the students.

“I was always living with the constant fear of suspecting the police showing up at my house in the middle of the night, just the way it happened to him,” Galicia said. “I also actually decided to stay away from the political activism in Venezuela in the next year, not because I stopped believing in what I believe right now, but because I did not want to compromise the safety of my family, especially my mom.”

Prior to his talk at the Indiana-based university, flyers advertising the event were vandalized.

“Some people wrote that I was a traitor, a coward, and they also wrote ‘socialism or death’ on the flyer,” Galicia told The Fix. “…They didn’t show up (to the speech), which is unfortunate, if they were calling me a coward, maybe they should have shown up.”

Galicia said he spends much of his Q&A time debunking misconceptions.

“One of the most challenging questions I receive is from people who actually think that all of the horrible things they are seeing in Venezuela is actually thanks to U.S. sanctions, which is extremely inaccurate, because our social economic collapse started at least in the year 2014,” he told The Fix. “That is when you started to see the lines to get food, and the lines to get gasoline, and all kinds of shortages. The first sanction we saw against the Venezuela economy didn’t come until 2017 at least. That is far from being the main cause of the collapse.”

He said another question he often fields is the claim that countries like Norway or Sweden are good examples of socialism.

“All those states are really far from being socialist, and actually in many aspects they could be more capitalistic than America itself, and I have been trying to show that to them,” he said. “Even though these states have large welfare states, they also have great free market institutions, and they respect private property, and they have fiscal responsibility in many cases. … That is not socialism.”

He warns young people during his speeches that America needs to watch its spending levels.

“One of the main similarities I see between America and Venezuela is that both countries … failed to control the level of spending,” he said. “That fiscal irresponsibility led to a scenario where the country collapsed and Venezuela ended up voting for (Hugo) Chavez and (Nicolas) Maduro.”

For information on how to host a lecture, click here.