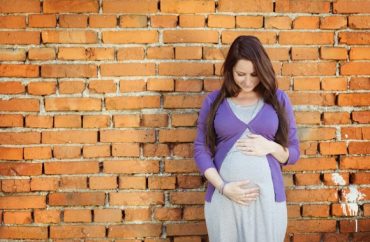 A pro-life group at Cal State Dominguez Hills will be allowed to partake in a social justice fair after all, a decision that comes in the wake of media and legal attention on the matter, club members told The College Fix on Monday.

Citing a “miscommunication,” student fair organizers at the public university informed the Students for Life club that they could be in the fair after The College Fix questioned administrators about the decision and the Alliance Defending Freedom was alerted to the situation.

“Due to a miscommunication in the application and an unclear description of our selection process, we will not be denying any groups that applied to the 9th annual Labor, Social & Environmental Justice fair by the listed deadline date. Thank you for your patience,” states an email to pro-life club organizers, a copy of which was obtained by The College Fix.

A previous email to the group, sent April 14, sang a different tune, saying the “application was denied based on the reasoning that your organization does not fit within the framework of this particular event.”

Brent Stenhouse, an advisor to the pro-life club, said Monday he is gratified by the decision.

“Well, we’re certainly grateful that the Labor Studies Dept. and the Labor & Social Justice Club at CSUDH changed its tune, but I suspect they realized this was a losing cause: public agencies cannot commit ‘viewpoint discrimination,’ it’s a Constitutional violation,” he told The Fix via email. “Now we’ll see if we are permitted to speak freely without threat of vandalism or violence from others, this considering how freedom of speech and assembly is being threatened on campuses all across America.”

An official with Alliance Defending Freedom told The College Fix on Monday that the university ended up doing the right thing.

“When a public university creates a forum for student speech, it cannot pick and choose which viewpoints are acceptable in that forum,” said Tyson Langhofer, senior counsel for Alliance Defending Freedom. “We are glad that Cal State has decided to allow Students for Life to participate in the Social Justice Fair. But we will continue to monitor this matter to make sure that they do not take further unconstitutional action against these students.”

A campus spokesperson told The College Fix on Monday that “the group was always allowed to participate according to university policy.”

“California State University, Dominguez Hills is fully committed to protecting every member of the university community’s first amendment rights to freedom of speech, freedom of expression, and the right to assemble peaceably,” campus spokesperson Amy Bentley-Smith said via email.

“The student group organizing the event had an unclear description in their selection process, and when the issue was brought to the attention of the administration, the group took corrective action to include Students for Life in the Labor, Social and Environmental Justice Fair,” she said.

Editor’s Note: The story has been updated to include a comment from Cal State Dominguez Hills.