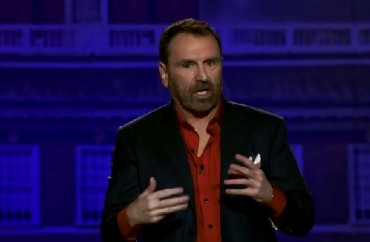 Comedian Colin Quinn’s “Unconstitutional” – which recently started streaming on Netflix – offers a hilarious yet uncomfortably real analysis of what’s broken in America today. It’s a sharp-witted, clever and sardonic take on politics, Founding Fathers and political correctness run amok. He even manages to make a legit breakdown of the Constitution funny, interesting and educational. Great primer for college students looking to brush up on American history.

There’s one part of the performance specifically that nails it on how oppressive political correctness is in America today, where people walk on eggshells and live in fear of insulting someone or being “noninclusive.” This is the atmosphere most modern college students live under, and they’re sure to get a knowing chuckle at Quinn’s all-too-real description of what it’s like under the United States of Political Correctness.