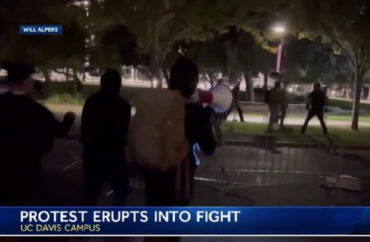 A conservative student event was shut down at UC Davis on Tuesday night due to a large brawl that erupted outside the venue.

The Turning Point USA event featured Stephen Davis, a black conservative who goes by the nickname “MAGA Hulk.” The event was shut down before Davis began his speech, the university reported.

Some mainstream media news outlets, such as CBS, blamed the Proud Boys for all the violence, but there had been a massive counter-protest planned of the event prior to it taking place, and campus leaders said altercations appeared mutual.

“Outside the venue, about 100 protesters and counterprotesters — including some who, according to reports, wore apparel labeled Proud Boys — fought among themselves, used pepper spray, knocked over barricades and removed traffic cones,” campus officials stated. “Some witnesses reported antifa supporters contributed to the fighting and pepper spraying, as well.”

“Some in the crowd used barricades to beat on the glass of the UC Davis Conference Center, where about 30 people were inside waiting for the event to begin. … The students who organized the event agreed to cancel the remarks out of concern for safety. Staff from Student Affairs on-site agreed that there was grave danger should the event continue,” the statement continued.

“It is unfortunate that the event could not proceed as planned. As a public institution, UC Davis values and supports freedom of expression as rights guaranteed to every citizen.”

The Aggie student newspaper reported that the original protest of the event was planned by the UC Davis Cops Off Campus group, “who posted on Instagram on Oct. 20 with a call to students to ‘Show up and make it clear that [Turning Point USA isn’t] welcome on our campus.’”

The post also listed the protest’s time and location, and “flyers for the protest were posted on doors around campus for a few days leading up to the event,” the student newspaper reported.

SPOTTED at UC DAVIS. All of our flyers for our Stephen Davis event next week have been ripped down and replaced with these @charliekirk11 @TPUSA pic.twitter.com/5nhLlCKPuT

UC Davis TPUSA chapter Vice President Luke Shalz told NBC that their guest speaker, Davis, is “an African American gentleman who does not believe in systemic racism.” He added TPUSA is not affiliated with the Proud Boys. 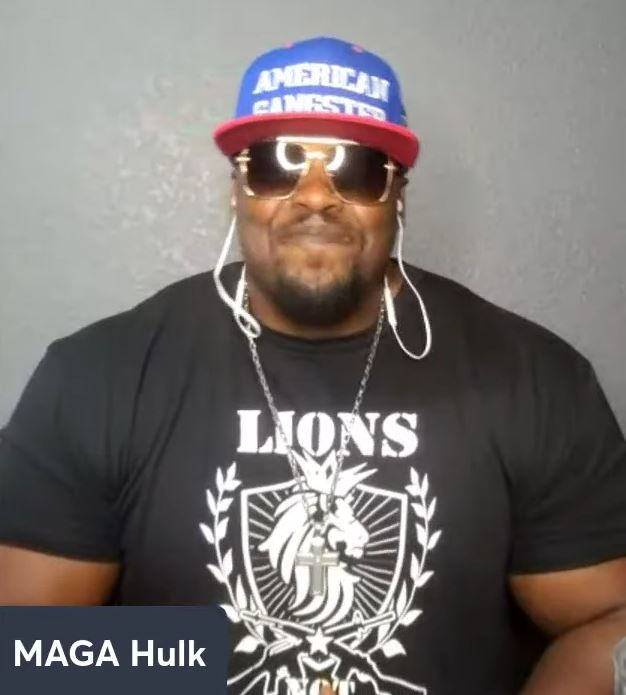 Shalz told the news outlet his group is frustrated campus police did “nothing” to stop the violence. He said some of his members were “injured” and attendees were “scared away.”

“Regardless of what the university may say about how they support free speech … the reality shows that that did not happen,” he said.

University officials, in response to criticisms, stated that “UC Davis police were on site, following the safety plan they had developed before the event in conjunction with Student Affairs. They set up the perimeter around the building so event attendees could enter the building safely. They brought in private security to manage building access. This front-line security protected the scene throughout the evening.”