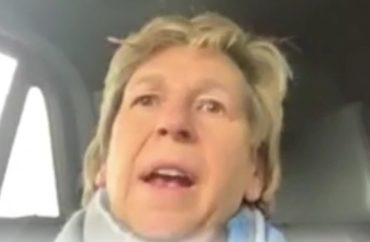 The president of the American Federation of Teachers recently urged union members to “fight like you know what” for more free college, student loan forgiveness and a host of other union education demands that it hopes to see President Joe Biden implement.

AFT President Randi Weingarten made the comments on a call co-hosted with the American Association of University Professors.

The online event promoted a “New Deal for Higher Education” from the Roosevelt Institute. It included comments from Massachusetts politicians, including Senator Elizabeth Warren and Representative Ayanna Pressley, both Democrats. The College Fix attended the Zoom session.

Weingarten spoke of the “muscle” that came from the two unions combining to advocate for an agenda, including higher stimulus funding.

The phrase “fight like hell” has gained increased attention in the past several weeks.

Former President Donald Trump is currently facing an impeachment trial for allegedly inciting violence at the U.S. Capitol on January 6, and Democratic impeachment managers have used his statement, urging supporters to “fight like hell,” against Trump.

The former president made that statement in a general reference to a number of policies he predicted Biden would implement, including looser immigration enforcement and giving Big Tech companies more freedom to discriminate against conservatives, according to a transcript of the speech.

However, Trump’s supporters have pointed out that impeachment supporters, including Raskin, have used the phrase “fight like hell” to also refer to their support for different policies.