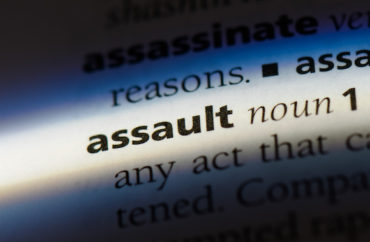 ‘I honestly don’t care how they feel’

Video of an altercation at the University of Wisconsin-Madison shows a pro-life student being assaulted by a pro-choice activist, the latter of whom also vandalizes the former’s property with spray paint.

The video, reported on by The Blaze, depicts a pro-life activist on campus attempting to stop an angry pro-abortion demonstrator. The pro-lifers had set up graphic signs on the campus purporting to depict the grisly human remains of abortion.

“They’re triggering. They hurt people,” the activist, identified as Sasha Timofeeva by The Blaze, is heard saying in the video as she spray-paints the images.

“You’re my hero!” one passerby yells to Timofeeva as she illegally defaces the activists’ property.

The video appears to depict Timofeeva assaulting the pro-life demonstrator as he tries to stop her from vandalizing the signs. Timofeeva, apparently trying to justify the assault, responds that the demonstrator “just tried to grab my fucking spray paint.”

Later footage in the video shows Timofeeva being interviewed by a police officer. She admits that the attack against the pro-life demonstrators was premeditated.

Asked how she imagined the pro-life demonstrators felt about the attack, Timofeeva, who has a child on her lap during the exchange, says: “I’m sure not good…But I honestly don’t care how they feel.”