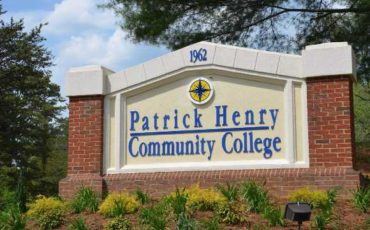 Five Virginia community colleges are on track to officially change their name by the end of the summer, but a citizens’ group continues to demand the decision be made through the democratic process.

The Virginia State Board for Community Colleges finalized the decision to change the names of five community colleges July 1, and the schools have until the end of 2022 to officially adopt the names, according to WDB7, a local Virginia news station.

“It’s a monumentally sad day for Virginians of all political parties to have our state community colleges defined by radicals who support Critical Race Theory,” Matt Waters, executive director of Turn the Tide Committee, stated in a June 27 news release. Waters is a 1989 graduate of Thomas Nelson Community College, one of colleges set to change its name, because of Nelson’s ties to slavery.

Waters founded Turn the Tide Committee in 2021 after Glenn DuBois, chancellor of the Virginia Community College System, wrote to each of his 23 college presidents, asking them to conduct a thorough review of their names and institutions in the months following George Floyd’s murder and subsequent protests and violence in the summer of 2020.

The State Board later adopted a new policy requiring college names to “reflect the values of inclusive and accessible education articulated in the VCCS mission statement, with special emphasis on diversity, equity, and opportunity,” according to a July 22 VCCS news release.

“Our colleges were named 60 plus years ago, and some were named for people who represented a different time and very different values that are unacceptable in the current era,” Jim Babb, spokesman for the State Board for Community Colleges, stated in an email to The College Fix.

After the State Board’s unanimous approval of the name change, Turn the Tide Committee began a petition

The State Board unanimously approved new names for several of the colleges last July, according to the VCCS news release. This prompted the Turn the Tide Committee to circulate a petition asking Virginia Governor Glenn Youngkin, a Republican, to let the people decide by popular vote whether to keep or revoke the name changes, according to its website.

“Fifteen people made the decision for 8.6 million Virginians. This is a terrible overreach and must be met head-on,” Waters said in a recent release.

Waters said in a recent email to The College Fix that the group has garnered over 1,500 signatures, mostly from the Williamsburg, Yorktown, and Jamestown areas.

Waters told The Fix that despite the college name changes moving forward, the group would continue to “call out” elected officials, Waters said in a July 1 email to The Fix.

Dabney S. Lancaster was a longtime educator who supported equal pay for white and Black teachers, but he also backed school segregation even after the U.S. Supreme Court ruled against it in Brown v. Board of Education in 1954. The college formerly named for him became Mountain Gateway Community College, according to its website.

Lord Thomas Fairfax was born in England and supported the British during the Revolutionary War. He owned millions of acres of land as well as enslaved workers. The school formerly bearing his name became Laurel Ridge Community College, according to its website.

Thomas Nelson Community College became Virginia Peninsula Community College, according to its website. Nelson, a signer of the Declaration of Independence, is said to have enslaved hundreds of African Americans. 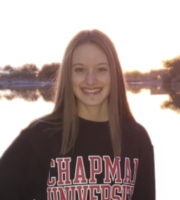 About the Author
Kate Robinson
College Fix contributor Kate Robinson is a student at Chapman University studying strategic and corporate communication with a double minor in broadcast journalism and history. She is a member of the college Republican club and women's swim team.