The Department of Mathematics and Statistics at Wake Forest University this fall is offering a “racist and anti-racist uses of math and statistics class” in an effort to combat racism within the discipline of mathematics and the math department itself, according to the scholar who created it.

“Like all entrenched systems, our department is not innocent of racism,” stated Professor Sarah Raynor, chair of Wake Forest’s Department of Mathematics and Statistics, in a memo to the department. “The time has come for us to focus on fighting racism and making plans to create a more equitable educational space.”

Raynor describes the class as a one-credit course that will delve into topics such as gerrymandering and racist predictive policing. In her memo, she also noted the math department has created a department-level bias reporting system.

Raynor and media affairs at Wake Forest University did not respond to repeated requests for comment from The College Fix.

In an interview with the WFU student paper Old Black and Gold, Raynor said “You don’t have to be a declared math major or an upper-level student or anything, you just have to have interest in how the math department is handling racism and antiracism and other systemic inequity issues to show up, and we would love to hear from students at all levels.”

The newspaper described the course as “discussion centered, and will act as a pilot for what will eventually become a larger assortment of classes surrounding the idea of anti racist math.”

In addition to the new anti-racism math class, the math department at Wake Forest has placed a declaration at the top of its webpage that affirms Black Lives Matter, pledges to try and hire more faculty of color and launch microaggression trainings, and organize a math/stats colloquium on social justice.

“[W]e condemn the ways in which mathematical algorithms have been used to contribute to over-policing in black and brown communities, including inexcusable acts of violence,” it states. 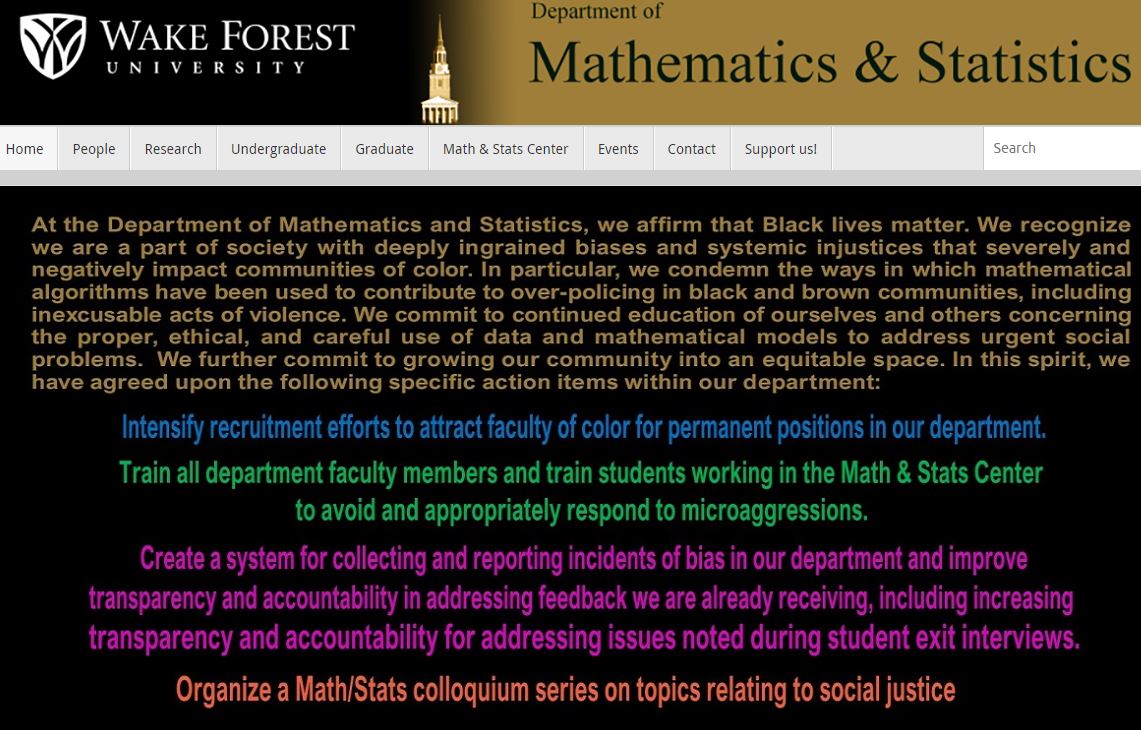 The course corresponds with a broader movement within mathematics, such as the Mathematical Association of America’s effort to make the discipline less inherently racist.

“It is time for all members of our profession to acknowledge that mathematics is created by humans and therefore inherently carries human biases. Until this occurs, our community and our students cannot reach full potential,” reads a statement from the Mathematical Association of America.

“Although mathematics, science, and higher education develop fact-based theories and practices that should inform policy, they are also political because they exist within a highly politicized system.”

Raynor, for her part, is also a supporter of #shutdownacademia, a movement which encouraged professors to cancel classes and meetings in support of Black lives. 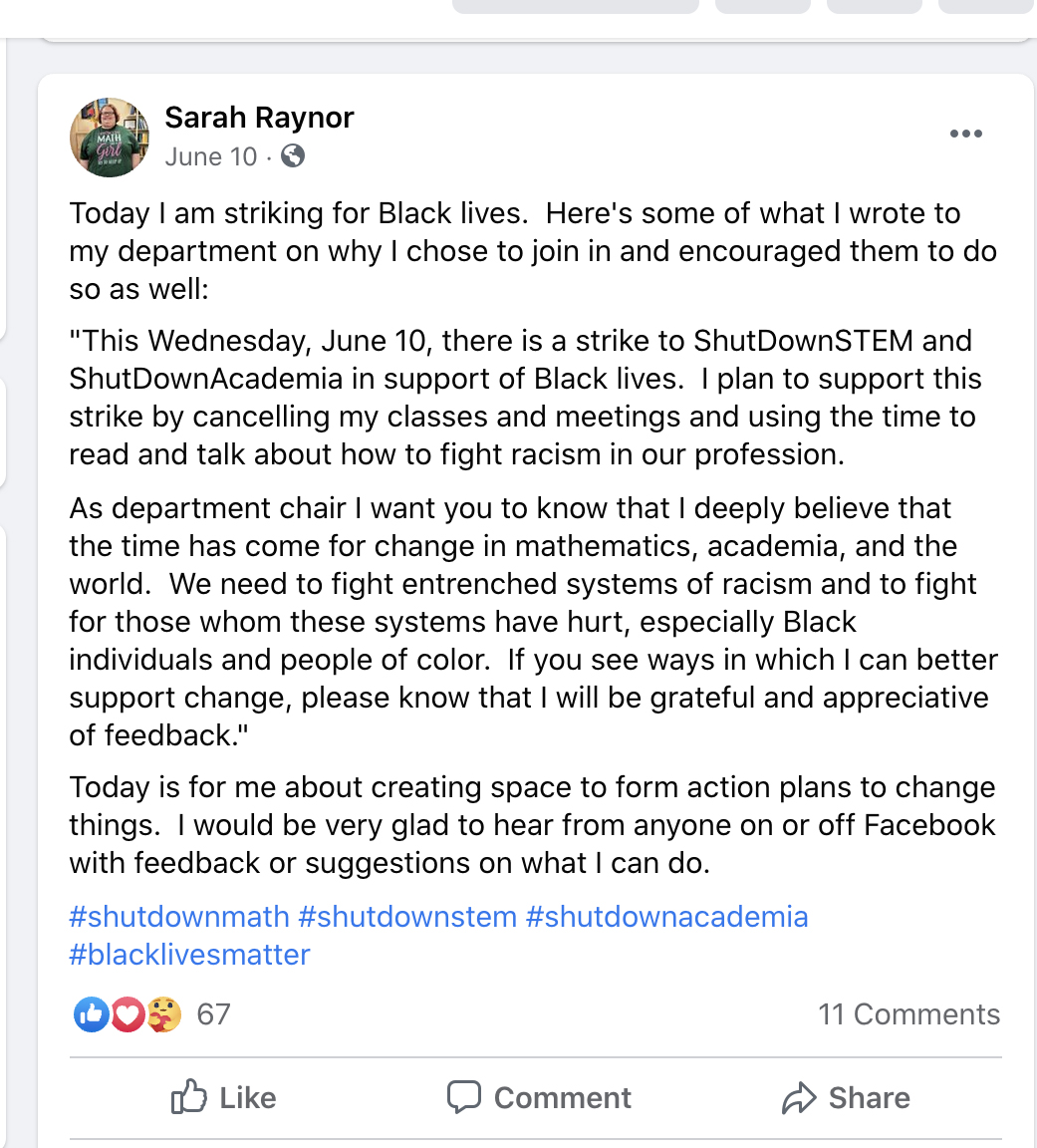 While the course has gathered support from faculty across the school, not all members of the Wake Forest community are impressed by the move.

A WFU professor, who asked not to be named for fear of retribution, told The College Fix that the new course reflects a shift in political ideologies on campus that had been building ever since the arrival of WFU President Nathan Hatch.

“I can only say that its existence doesn’t surprise me in the least,” he said of the antiracism math class. “Though I can say that it is obviously not a big hit with students, because its enrollment is only 5 students (not the 8 reported in the [student newspaper] article).”