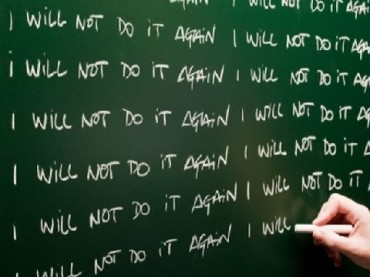 College is supposed to be a place where young people go to continue their education, but often it’s transformed by educators into a forum to push progressive causes. A number of professors this year have taken advantage of their position of power to jam their liberal personal views into the vulnerable minds of their students.

1. The one who said ‘I hate Republicans’

A University of Michigan academic in December penned an op-ed that stated as its opening sentence: “I hate Republicans.” Communications Professor Susan Douglas then went on to argue that it is “fine” and “for good reason” to hate Republicans.

Douglas argued “Republicans have crafted a political identity that rests on a complete repudiation of the idea that the opposing party and its followers have any legitimacy at all.” Douglas cites a series of historical and psychological research to reach the conclusion that Republicans are “guiltier” than the Democrats for the “era of polarization.”

2. The one who forced students to recite an anti-American pledge

During the fall semester, Metropolitan State University Professor Charles Angeletti forced his students to recite a satirical Pledge of Allegiance that characterized America and Republicans as racist, homophobic, sexist and anti-poor.

What’s more, student-whistleblower Steven Farr told Fox News in an interview that Angeletti had his students stop and restart the pledge when they weren’t saying it loud enough.

3. The one who supports “kicking out” capitalism

Speaking at the White Privilege Conference in Madison, Wisc., in March, a Kankakee Community College professor said she would be “down” with the idea of “ kicking out capitalism.”

Adjunct professor Stephanie Baran described herself as a “vulgar Marxist” because she desires “to see the entire dismantling of the system versus the other, softer, kinder, brutal Marxists.” The White Privilege Conference’s website says its purpose is to examine “challenging concepts of privilege and oppression and offers solutions and team building strategies to work toward a more equitable world.”

While she did not make an explicit connection, one can surmise Baran believes free-market economics is a cause of racism in the modern world.

4. The one who told her student he can’t disagree with gay marriage

Apparently it is “homophobic” to support the institution of traditional marriage. A Marquette University educator told one of her students that he did not have a right to share his disagreements about gay marriage because they may offend gay students.

Philosophy instructor Cheryl Abbate had previously declared to her class that everyone agrees on gay marriage, so there is no need to discuss it. In fairness to Abbate, she is a graduate student at Marquette and is still learning how to teach.

5. The one who said Republicans will turn Indiana into a Third-World Country

A professor at Indiana University’s School of Law claims the state’s Republican leaders will turn Indiana into Haiti.

Fran Quigley, a clinical professor of law at the school’s Health and Human Rights Clinic, described in an op-ed the Haitian city of Port-au-Prince and its surrounding countryside as a “tea party fantasyland,” citing conditions such as “rock-bottom minimum wage for workers, massive deforestation without consequence, privatized infrastructure and virtually nonexistent public safety or government health care.”

“In other words, the manifestation of the Indiana Republican agenda,” Quigley wrote.

6. The one who tussled up a young pro-life protestor

A UC Santa Barbara professor went berserk when she came across a graphic anti-abortion display on campus in March. Mireille Miller-Young, a feminist studies professor, led a small mob of students to chant “take down the sign,” then grabbed one of the pro-lifer’s displays with the help of two students and fled the scene.

A 16-year-old teen followed them to retrieve the sign, which ended in an altercation with the instructor, leaving scratches on the girl’s arm. Miller-Young was sentenced to three years probation in August for theft and battery.

7. The one who told students he’d send ‘teabaggers’ home in a body bag

Back to UC Santa Barbara. Professor Otis Madison, an instructor of a black studies course called “The Obama Phenomenon,” told Ted Cruz-supporting “teabaggers” to “get the hell out of his classroom before he sent them home to their mother in a body bag,” one of his students told The College Fix.

Then-junior Alice Gilbert, a College Republican, said she enrolled in the class to broaden her horizons and learn about the U.S. president from another perspective. She dropped the class, however, after Madison’s comment.

8. The one who said white Hip Hop artists are racist

A University of Pennsylvania professor took to Twitter after pop singer Ariana Grande, who is of Italian descent, won a VMA over black musicians Pharrell Williams and Jason Derulo.

Religious studies professor Anthea Butler proceeded to tweet: “first they shootin us in the streets, and then they takin all the video awards for sorry songs y’all..” Butler quickly deleted the tweet, and later tweeted that “white appropriation of black culture is applauded by awards” but blacks are “vilified for same sometimes [sic].”

9. The one who compared the Tea Party to Nazis

A South Texas College professor was caught on camera comparing the rise of the Nazis and the Tea Party “in how they politically came to power.”

He later added that at some point people realized, “Oh, these Nazis are a bunch of nuts,” just like people today have realized “these tea party people are a bunch of nuts.” The student who took the video told The Blaze that the professor frequently trashes Christians and Republicans.

10. The one who promised to teach students about their white privilege

The University of Notre Dame came under fire in December when a course description for a “White Privilege Seminar” surfaced.

The class will be taught by Professor Iris Outlaw, director of Multicultural Student Programs and Services at Notre Dame, who pledged to help students acknowledge and understand their “white privilege,” develop a “personal transformation,” and find ways to “disrupt … oppression.”