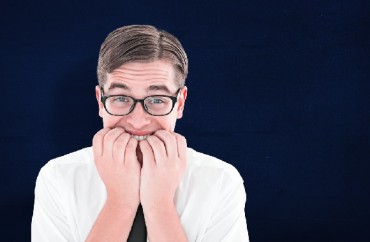 University of Michigan freshmen who rack up two alcohol or drug violations won’t just have campus authorities to deal with – mom and dad will also be brought into the loop under a pilot program launched at the campus this fall.

Under the new policy, freshmen younger than 21 whose first alcohol or drug infraction involves a DUI, property damage or the need for medical attention will also get a phone call home.

Mary Jo Desprez, director of Wolverine Wellness at Michigan, said the policy is similar to ones employed by other Big Ten schools, and it aims to serve as an “early intervention” tool.

“Our actions are intended to reduce the risk of harm and increase the safety of every student,” she said in an email to The College Fix.

A notice to students announcing the policy stated in part that: “We will notify parents of first-year students when a student under the age of 21 has had a second alcohol or drug violation or when a first-year student has committed a violation accompanied by other serious behavior such as needing medical attention, significant property damage or driving under the influence.”

Although the statement to students did not say the policy would be implemented on a case by case basis, nor mention exceptions to the rule, university spokesman Rick Fitzgerald said in an email to The College Fix that “parental notification allows for exceptions, based on a student’s specific circumstances.”

Regardless, some students have bristled at the pilot program, feeling it creates something of a “Nanny State.”

“This is a continuation of a toxic culture here at Michigan, and on college campuses across America, which infantilizes college students who are adults in the eyes of the law,” Daisy Belden, president of the UM Young Americans for Liberty, said in an email to The College Fix.

“Last year’s anti-speech initiative, the American Sniper scandal, and the general proliferation of things such as ‘trigger warnings’ are all symptoms of this cultural trend,” she added. “Students are responsible for their own decisions, and should have to bear the consequences of their actions without the school notifying their parents. Students’ relationships with their parents are none of the university’s business and should be left private.”

As part of the pilot program announcement to students, campus officials pointed out that both on-campus and Ann Arbor police will work more closely together this year.

“Officers will provide early engagement and feedback to students to help them better understand how to avoid being in violation of alcohol laws,” according to a joint email from Michigan Vice President for Student Life E. Royster Harper and Eddie Washington, the university’s executive director of the division of public safety and security.

Asked whether this policy could be construed as babysitting, and whether 18-year-old students should have the freedom to handle violations and the resulting consequences independently, Desprez said parental notifications have been utilized by many universities and are one component of a comprehensive wellness program.

“Alcohol and other drug related harm is among the top public health issues on college campuses today,” she said in her email to The Fix. “Colleges and universities are continually looking at strategies to address harm to at risk populations on campus.”

“This pilot program focuses on first year students because we know they can be at risk as the transition from home to campus. This pilot only communicates with parents and families when there is repeated behavior or a serious incident.”

Asked whether the policy could prevent students from seeking medical attention, especially if the student would be receiving their second warning, Desprez said that’s not likely.

“We do not anticipate it interfering with people taking care of each other in alcohol emergencies,” she said. “The pilot program will be evaluated extensively to determine positive outcomes and any unintended consequences.”

As for Michigan’s Medical Amnesty Law, which gives minors who seek medical assistance after consuming alcohol exemption from criminal punishment, as well as amnesty to anyone who calls for medical assistance for an intoxicated person, it remains unrelated to the university’s new policy.

“The Medical Amnesty law helps ensure that minors at medical risk as a result of alcohol intoxication will receive prompt and appropriate medical attention,” Desprez said. “The law will exempt a minor from prosecution.”

The Family Education Rights and Privacy Act, or FERPA, which governs the release of and access to student education records, clarifies that institutions of higher education are allowed (but not required) to notify parents if a student under the age of 21 commits a disciplinary violation involving alcohol or a controlled substance.