The required training would take place on the electronic platform EverFi, according to a memo sent to employees obtained by The College Fix.

Employees were notified that this program would serve to demonstrate the “mission, goals, values, and strategic plan” of the public university in ensuring an inclusive and welcoming work environment.

Employees will be required to complete three modules via the EverFi platform, titled, “Diversity and Inclusion EDU,” “Accommodating for People with Disabilities,” and “Managing Bias.”

The university also said in the announcement that it would implement the mandatory diversity training alongside its state colleagues, suggesting the existence of a statewide mandate.

“Diversity, equity, and inclusion are a priority in our strategic plan and this training supports our mission of student success.”

According to a January 2021 statement from Denise Pearson, the state system’s vice chancellor of diversity, equity and inclusion, “We can’t assume that the cultural competencies required to address the issues that we are facing in this realm will come naturally.”

“They must be taught, and it appears again from the research literature that they can be, provided an organization commits itself deliberately and with intentionality. In that vein, we have taken an initial first step at the System level by acquiring common training materials and requiring their use by students, faculty, and staff.”

The diversity and inclusion education launched by West Chester University that is intended to “prevent bias and discrimination” appears to be part of a statewide program that has been spurred on by the advent of the Biden Administration’s new vision for the nation.

During his first day in office, President Joe Biden issued Executive Order 13985, a policy that looks toward “Advancing Racial Equity and Support for Underserved Communities Through the Federal Government.”

Additionally, the president stated that the federal government should pursue a more comprehensive approach in advancing equity for all. Biden’s order is an evident reversal of President Donald Trump’s Executive Order that had imposed restrictions on diversity and inclusion training in the workplace.

Trump’s order was intended to prohibit federal government contractors, federal agencies, the military, and recipients of federal grants, from using workplace training programs that promoted any form of “race or sex scapegoating.”

Rather, this policy expresses a firm commitment to assessing whether “underserved communities and their members face systemic barriers in accessing benefits and opportunities available pursuant to those policies and programs.”

The stipulations of Biden’s order clearly include public universities like West Chester University. Although it does not include specific expectations for grant recipients, it does note that the equity assessment may result in the proposal of lawful measures to address any barriers identified.

The true extent of the federal government’s powers to implement this new policy, as well as their potential enforcement mechanisms, will become more clear over time.

Despite the federal prompting of this training regime, the West Chester administration appears to fully approve of these new practices. 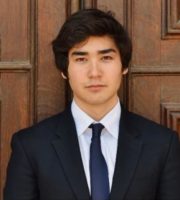