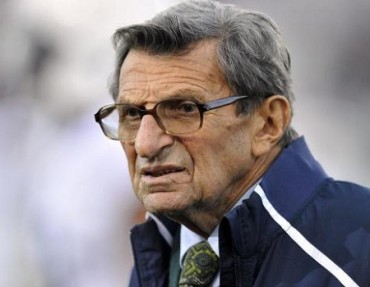 Following the revelation of the extent of its participation in one of the most egregious sports scandals of all time, Penn State University has been punished by the NCAA. But is the punishment too much—or not enough?

In June, former assistant coach to the legendary Joe Paterno and alleged child molester Jerry Sandusky was convicted of 45 counts of sexual abuse of young boys over a 15 year period. Once it became clear that it was only a matter of time before Sandusky would be sentenced to life in prison, the attention of the national media and the general public alike turned to Joe Paterno and the former administrators who presided over the university during Sandusky’s reign of terror.

On July 12, a special investigative council led by former FBI Director Louis Freeh released a report following their investigation of the matter declaring that “the four most powerful people” at Penn State–Paterno, the winningest college football coach of all time, Tim Curley, the athletic director, Gary Schultz, the senior vice president for finance and business, and Graham Spanier, the president of the university–enabled Sandusky’s monstrous actions. These people knew of Sandusky’s behavior, and not only failed to report him to authorities, but allowed him access to the program’s facilities, which he continued to use as a venue for abusing children following his retirement.

Following the release of “The Freeh Report,” speculation turned to whether or not the NCAA would give the storied but tarnished football program, “the death penalty,” which it had famously given to the Southern Methodist University football program for illegally paying players from the mid-70s to the mid-80s.

In one sense, paying players under-the-table to score touchdowns is one thing, and enabling and attempting to cover up a serial child molester to avoid negative publicity is quite another. Perhaps, a school guilty of such moral corruption is not worthy of having a football program. In another sense, why should the rebuilding school, its athletes, and the community pay for the actions of the culprits who have long been terminated by the university, or in the case of Paterno, is no longer living? And when one factors in the NCAA’s well-documented history of hypocrisy, the situation becomes considerably more complicated and difficult to judge.

On July 23, NCAA President Mark Emmert stripped the program (and Paterno) of 112 wins, fined the program $60 million (to fund a charity that fights sexual abuse), imposed a four year post-season ban, and cut 40 scholarships from 2013-2017, among other conditions to be imposed. Some believe that the program and the university are lucky to have escaped “the death penalty.” Some find the sanctions unfair and inappropriate. It is logical to strip away the wins of one of the co-conspirators of the cover-up and admirable to use the fines to do something positive and awareness-driven, but it is questionable to take away opportunities from those that had nothing to do with the scandal.

Then, there are others who don’t even believe that Emmert should have had the authority to enact such a penalty. Following the release of the Freeh report, the NCAA board willingly gave Emmert sole power to take corrective and punitive action towards Penn State for the university’s past misconduct. This unheard of move was administered due to what the board deemed as “a special circumstance.”

Whether the move was justified or not, the NCAA blatantly threw out the notion of due-process and set a dangerous precedent going forward. The organization that has publicly prided itself on integrity and following the rules (despite plenty of evidence to the contrary), has opted to change their own rules on the fly. Emmert insisted that this is a special circumstance, but one has to wonder what other instances could be labeled as special and ripe for intervention in the future. It was inevitable that the NCAA, or rather Mark Emmert, would impose its will to punish the university in some way, but it is a little head-scratching that it was imposed in such an atypical manner.