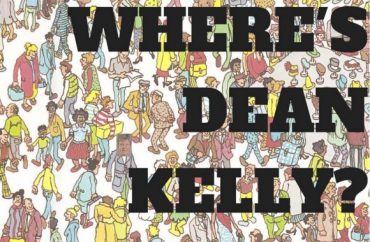 The “dozens” of students at the Jesuit Seattle University-affiliated Matteo Ricci College involved in three-week “sit-in” in the administrative building to protest having to learn about Western Civ — or “dead white dudes” as one demonstrator called it — have claimed their first head on a platter.

The college had already conceded to a curriculum and cultural review in response to the sit-in.

But now Jodi Kelly, dean of Matteo Ricci College, has been placed on administrative leave pending the outcome of complaints filed in the school’s Office of Institutional Equity against her, a move done because campus leaders say they believe her presence is impeding the day-to-day operations of the college, The Seattle Times reports.

The students taking part in the 22-day sit-in of her office called it a “win” for their side.

“Students last month began occupying a part of Kelly’s office, calling for her resignation and changes to the college’s curriculum, which they say focuses too narrowly on Western ideas and history,” the Times reports.

Their petition states in part: “We are diverse, with many different life experiences, also shaped by colonization, U.S. and Western imperialism, neo-liberal politics, and oppression under racist, sexist, classist, heteronormative and homophobic, trans*phobic, queerphobic, ableist, nationalistic, xenophobic systems, which perpetuate conquest, genocide of indigenous peoples, and pervasive systemic inequities. The world in which we live, and the realities of students at Seattle University are vastly complex and worthy of critical study. Our concerns regarding racism, sexism, homophobia, and other manifestations of oppression are not individualized–they are systematically upheld by the college.”

Inside Higher Ed reports the complaints against Kelly, who is white, are controversial — that students claim she used a slur against black people when in fact the dean points out she did not use that word except to reference the title of the book “Nigger,” the autobiography of Dick Gregory, the civil rights activist. Gregory has even defended Kelly.

Kelly, for her part, stated “I regret deeply that any student feels pain as a result of their experience at Seattle University and particularly within the Matteo Ricci College.”

Meanwhile, a counter-petition in support of Kelly states “Jodi has dedicated her life to students. She is a strong, intelligent, open-minded woman who has helped many students on their educational paths.”

The petition supporting Kelly has no qualms over the Western Civ concerns, however.

“The Jesuits are the most liberal branch of the Church, dedicated to education and inclusion,” it states. “We have no issues with students challenging the MRC curriculum.”