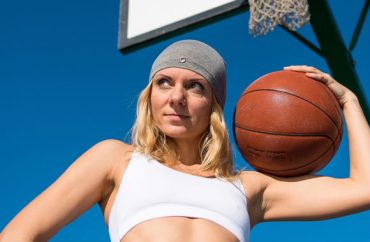 Gone are the days when saying something that hurts another’s feelings is a bias incident. Now just looking at someone funny can get you reported to the campus Thought Police.

It happened at the University of Wisconsin Madison, where an unnamed “white, female student” was reported to the university’s bias incident reporting system. Her crime? Glaring at two female peers.

According to a university document obtained this week by The College Fix through a public records act request, here’s what happened, according to the complainant:

There was a white female student that kept making glares at me and another student. She would glare at both of us and then continue to proceed on her phone. This proceeded for 2 hours. Both me and the victim were Asian American women. I don’t know if race plays a part in it. Though this event was small and seemingly insignificant, it made me and the other victim feel unsafe, uncomfortable and paranoid. We did not approach this person.

The incident location was reported as a campus library. The complainant seems unaware that the woman with a piercing stare might be deep in thought as she studies, or is troubled by something she is reading on her phone.

Nevertheless, she reports to campus authorities she is downright traumatized.

Not to be outdone, The College Fix this week obtained another bias incident report from the University of Wisconsin Madison that lists burnt toast as proof of racism, or something:

It’s nothing serious, but I feel I need to get this out of my mind. Around 2pm afternoon last Friday, I went to Gordon Market to grab some late lunch, and got french toast from one of the male kitchen staffs there. I don’t know why but he gave me a clearly quite burnt toast among all other breads that were not burnt. I was so shocked but I couldn’t say anything and just accepted it. I am a female Asian student.

The complainant adds that she is upset by the incident, which took place last fall, adding she rarely witnesses this “kind of behavior” on campus and feels “sad and hurt about it. I just hope that this will not happen to other students or anyone else.”