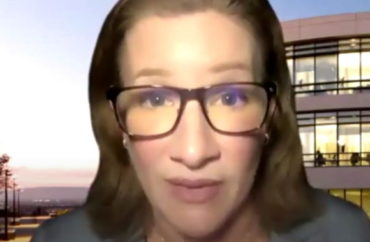 The Hermosa Beach City School District recently hired a diversity, equity and inclusion consultant who will help train teachers about their white privilege, among other duties.

The decision has prompted anger and frustration among a group of parents who argued against infusing race and privilege trainings into the very small public school district, located in a coastal city south of Los Angeles and consisting of two elementary schools and a middle school.

But the school board members who made the decision to hire Loyola Marymount University psychology Professor Sheri Atwater to serve as the district’s diversity, equity and inclusion consultant stand behind their decision, according to their public comments at their May 12 meeting.

One board member accused parents who stood in opposition to the hire of living in an echo chamber, while others suggested the concerned parents simply misunderstand the lessons and goals of the diversity, equity and inclusion curriculum.

Atwater, in response to the concerns, said she would not use “shame or guilt” when she teaches on topics such as race, color blindness, implicit bias and similar topics, according to the video of the school board meeting.

Atwater also said during the meeting that what she trains on is not “critical race theory.” But the scholar’s published works include weighing in on “whiteness norms … that systemically benefit white people” and arguments against a color-blind society, according to her faculty bio.

One Hermosa Beach citizen, Matt McCool, who has been vocal against the Hermosa Beach City School District’s push for DEI training, posted a video of Atwater in which she explains how in her trainings she gently guides people to understand they are racist even if they think they are not:

“More rhetoric from consultant Sheri A. Castro-Atwater on white privilege and white supremacy. Color-blind racial ideology is actually racist towards people of color,” McCool wrote in posting the video on Facebook.

“The great irony of the Diversity, Equity, and Inclusion Task Force is the lack of diversity of thought, and any alternative views are not equal nor included.”

Atwater was hired as part of the school district’s push to advance an “equity” agenda, its website states.

The school district and its board members stand accused of violating the open meeting laws of California for not reading out loud parents’ written comments against Atwater’s hiring at its April meeting.

With that, Superintendent Jason Johnson was sure to read all the “e-comments” written in by parents upset over the hire at the school board’s May 12 online meeting.

Letter after letter from parents voiced concern about the direction the school board is taking the district in. Some said they would pull their kids from school because of it. They sought more information about the DEI curriculum, argued it’s a parent’s job to teach children about racial issues, and called on school board leaders to focus on academics rather than divisiveness.

“Dr. Martin Luther King famously stated ‘I have a dream that my four little children will one day live in a nation where they will not be judged by the color of their skin but by the content of their character,'” stated one letter to the board.

“Dr. Martin Luther King Jr.’s words remain as important today as they were almost 60 years ago. What we teach our children about equality and fairness matters. It is a concern to me and many other parents that Dr. Sheri Atwater does not espouse a color-blind approach … but instead advocates teaching children a color-consciousness approach,” the letter stated.

Another wrote in that they are concerned Atwater’s “radical views” will affect the curriculum.

All the parent complaints took Johnson about 20 minutes to read through. (They start at 40 minutes in and run through the one-hour mark of the meeting).

The last letter read out loud by Johnson was written in by McCool, who sarcastically pointed out how diversity proponents champion vulgar pop stars such as Cardi B.

Johnson read out loud the lyrics to “WAP,” a sexually explicit Cardi B. song. He gave a trigger warning prior to reading it, however. (It starts at the 58:00 mark).