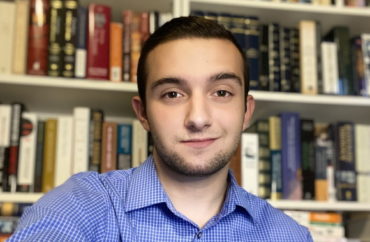 OPINION: I am a co-plaintiff against Rutgers University’s vaccine mandate. Here’s my story.

As a conservative Republican student at Rutgers University, I have defended American exceptionalism, Donald Trump, Israel’s right to exist, and many other hot-button issues without too much blowback from peers.

But never in my four years at Rutgers have I received such vicious, vulgar and venomous personal attacks than I have since taking a stand against my school’s vaccine mandate.

In emails and direct messages on social media over the last week, I’ve been called a monster, a fake Christian, a murderer, stupid, irresponsible, a liar, and better off dead. The messages are peppered with profanity, attack my religion and character, and wish me harm.

That is why I am one of 18 student plaintiffs in a lawsuit filed against Rutgers on Aug. 16 working to strike down its COVID vaccine mandate.

As a healthy, 22-year-old male with no underlying health conditions, I have chosen not to be vaccinated, and believe the FDA warning of the myocarditis risk as well as potential long-term health risks associated with spike protein accumulation in the bone marrow outweighs the potential benefit of the shot in my case.

As a Christian, I believe my body is a temple of the Holy Spirit and I should not ingest unnecessary and potentially hazardous pharmacopeia, especially those manufactured and tested using aborted fetal cell lines. I even avoid Advil unless it’s an emergency.

I continue to await a decision on my religious exemption request. I am trying to finish up a few credits to complete my degree, but this mandate holds me hostage.

In addition to my personal situation, our lawsuit argues the vaccine mandate is unconstitutional and discriminatory as it violates our rights under the 14th Amendment, which defends against onerous dictates that violate Americans’ right to liberty and personal freedom.

As for Rutgers specifically, as plaintiffs we also believe it has a vested interest in requiring the shot, that the mandate is not simply an altruistic goal. Rutgers has numerous partnerships and financial ties to Pfizer, Moderna and Johnson & Johnson.

We allege Rutgers “benefits financially from working with COVID-19 vaccine manufacturers” and “stands to gain from potential intellectual property rights, patents and/or the eventual approval, licensing and marketing of these experimental vaccines.”

This financial conflict of interest is one of many points raised in our 104-page legal complaint against the school that my attorney, Julio Gomez, filed on behalf of myself and 17 other student plaintiffs as well as the nonprofit organization Children’s Health Defense.

When the lawsuit was filed, a number of outlets began reporting on it and I began making media appearances to share my personal experience.

This sparked the mountain of hate mail I received, but eventually as I began to speak to some audiences that were sympathetic to the cause, it sparked some support as well.

One point that especially unnerves me about the mandate is that the vaccine manufacturers cannot be held liable for any injuries or deaths caused by their drug.

So if Rutgers is mandating us to get the vaccine and something happens to one of the students as a result, who is responsible here? We already know from the VAERS data there has reportedly been some 600,000 adverse effects and 13,000 deaths, so it seems like a question that deserves an answer.

But asking such questions is considered a thought crime.