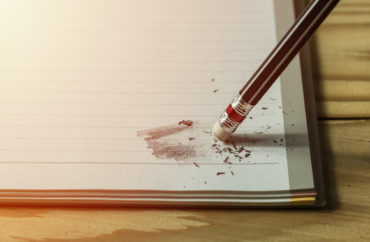 The word ‘man’ should be punishable by jail time

Brave protesters at Stanford University have taken a stand for female-identified individuals everywhere: By hosting a “Stanford Womxn’s March,” specifically by spelling it “womxn,” activists there have, as they put it, eliminated “the patriarchal relationship to men” that the word has historically exhibited. The day that a non-male no longer has to write out “man” or “men” when referring to other non-males will be an historic day for justice.

But why stop there? So many words have “man” or “men” in them that it’s virtually impossible to go an hour without being affected by the patriarchy in some way. What your college campus needs needs is a complete womanist overhaul of the English language—a total re-organization of all male-centric words so that the patrio-fascist hegemony can finally be brought to its linguistic knees.

Here are some suggestions to bring up in your next dorm collective meeting or advanced womxn’s studies poetry seminar:

“Payment.” You see that? That’s a big, fat “men” right in the middle of that word. Given that we live in a fascist capitalistic society in which people expect “money” in exchange for “goods and services,” it is extremely difficult to go very long without using this word. So let’s change it. Some ideas: “Paymynt.” “Paymint.” “Paymünt.” “Paymxnt.”

“Instrument.” Many of you are likely double-majoring in feminist musical studies and anarcho-communist symphony orchestra. You’re going to need a word to describe the tools with which you make your beautiful liberationist music. But—yes—the word “instrument” will always remind you of your patriarchal overlords. It should be scrapped and overhauled. We were thinking of just dropping the “men,” but “instrut” doesn’t sound very good. What about something more euphonic, like “instrumoot?” Or maybe “instrumiz,” as a nice send-up to our feminist foremothers.

“Judgmental.” Ugh. First of all, “judgment” itself is a big no-no (unless we’re judging conservatives, especially female conservatives, who are total traitors to their sex). And you can’t spell “judgmental” without “men” (and also “mental,” which sounds discriminatory towards neuroatypical individuals). But we couldn’t really think of any creative replacements for that one, so we just figured we’d reverse the offending letters in the word itself: “Judgnemtal.” See? Easy to say, easy to remember, and patriarchy-free.

“Manservant.” Well, most of us have very little reason to use this word anyway. But we figured we’d leave it as it is. After all, following the feminist revolution, the only occupation a man will be allowed to hold is that of being a servant. So we’ll need a good word to describe it when that transpires.