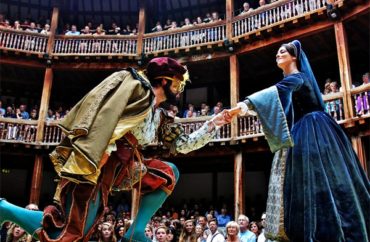 The humanities have been corrupted by political crusades, but teachers and scholars can relearn how to love and emulate works of art

In a recent issue of the academic journal “Theatre Survey,” Notre Dame professor La Donna Forsgren begins with musings on the Kyle Rittenhouse trial, asserting that he armed himself to “hunt black people.”

In the editorial note, Forsgren further promises the reader “conversations about intersectionality, spectatorship, neoliberalism, and citizenship.” Moreover, an editorial “statement” appended to the journal issue reads, “‘Theatre Survey’ stands in solidarity with those protesting the ongoing violence and racism enacted against Black people in the United States, Canada, and elsewhere in the world. As an editorial team, we strive to enact antiracist principles….Black Lives Matter.”

Forsgren’s editorial note exemplifies the exploitation of literature as a tool for political activism – a travesty that has deepened over the past several decades.

One wonders why the editors didn’t mention the history of theater, the ostensible topic of the journal.

“Antiracism” may be the cause du jour, but it not the only sacred value to which literature scholars and teachers have committed their work.

The Arts Council England recently invited the public to its annual Shakespeare “birthday lecture” April 22, at which Arizona State University “environmental humanities” professor Sir Jonathan Bate will speak on the topic of “Shakespeare in a Changing Climate.”

Bate will address the question, “How does Shakespeare speak to our own age of climate crisis?”

Of course, the humanities have much to teach us about political issues, left or right. When it comes to Shakespeare, “The Tempest,” for example, has a lot to say about weather — and “Othello” has a major theme of race.

But scholars are disrespecting their own discipline when they subordinate Shakespeare — or Zora Neale Hurston, or Lin-Manuel Miranda, or any other artist — to political causes.

Literature is far too grand and broad for that, and scholars should reflect this richness, not diminish it.

Teaching and writing that properly valued literature as an art form, not just a political act, would renew our minds instead of deepening our prejudices. It would improve our understanding of the human condition, including not just our politics but also our psychology and our souls – educating us in the subtleties of love and hate, vice and virtue, spiritual deprivation and transcendence.

A good education in literature would also instruct in the poetic, narrative and rhetorical techniques of extraordinary literary artists, so that students would learn to speak, write and think better themselves. As Mark Forsyth explains in “The Elements of Eloquence: How to Turn the Perfect English Phrase,” Shakespeare’s brilliance was in part due to his Elizabethan education in the classic “figures of rhetoric,” or the literary techniques of persuasion developed by Greek and Roman writers.

These nifty — but oft-neglected — tricks, which number in the hundreds, could make students’ writing more elegant and beautiful, or punchy and memorable.

But they’re probably not something you’d learn in a politically obsessed English department.

No wonder data compiled in 2019 from the National Center for Education Statistics showed that English majors were down more than 25 percent since 2008, even though overall college enrollment had gone up during that period.

A problem for decades

The English professor and Shakespeare scholar Harold Bloom, who died in 2019, has criticized the politicization of the humanities since the 1970s.

Bloom expressed contempt for sociologically and culturally “relevant” readings of literature. “Literary studies,” he said, “have been replaced by that incredible absurdity called cultural studies which, as far as I can tell, are neither cultural nor are they studies.”

But much greater than his resentment was his love for the authors to whom he had dedicated his life.

“If you spend a lifetime reading and teaching and writing,” he said, “I would think that the proper attitude to take toward Shakespeare, toward Dante, toward Cervantes, toward Geoffrey Chaucer, toward Tolstoy, toward Plato—the great figures—is indeed awe, wonder, gratitude, deep appreciation.”

The solution is to love art, not use it

This is the attitude professors should champion – that of humility and amazement before the greatness of art, and willingness to learn from it rather than conscript it into our political struggles.

After all, you can get social justice more readily from other departments, or with no college at all.

Literature professors who fill journals with activist scholarship might heed Hamlet‘s advice to his friend Horatio:  “There are more things in Heaven and Earth than are dreamt of in your philosophy.”

Those who make a living teaching and writing about literature are keepers of a pearl of great price. They should attract students by showing them how it is beautiful.