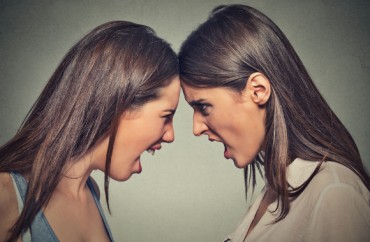 The controversy centers on a planned panel called “Pregnancy Without Women” slated for an upcoming National Women’s Studies Association conference.

At issue is the fact that biological men (even ones who dress like women) cannot get pregnant, and some women’s studies professors are reportedly tired of pretending they can.

Some … objected to the idea of discussing pregnancy without women, and some of those arguments suggested that being a woman should reflect biology alone. Transgender people and those who study them have a wide range of views on gender identity but generally reject the idea of a biologically driven gender binary. And they view those scholars who state such a binary as the only way to look at gender as hostile to the rights of transgender people.

“We don’t need supposedly progressive folks downplaying the importance of women’s reproductive functions at this time. Let us stop this game now. Only women get pregnant and it serves women not at all to pretend this is not true!”

Eventually, those in favor of transgender rights called for a boycott of the discussion group listserv the “Pregnancy Without Women” debate took place on. Then a moderator shut down commenting on it. Then she was criticized for not condemning the anti-trans comments.

Karen Weingarten, associate professor of English at Queens College of the City University of New York, told Inside Higher Ed the “anti-trans response was awful — it was vitriolic, discriminatory and so narrow-minded. Even after several people wrote moving emails sharing their personal experiences and pleading with people to stop posting hateful rhetoric on the Listserv that attacked members’ identities, it didn’t stop. I agree with those who argued that the moderators shouldn’t have allowed such hateful rhetoric to be posted on the list.”

This latest brouhaha represents an emerging trend facing women’s studies professors and feminists. For example, regarding the recent Women’s March on Washington, some suggested “the vagina imagery at the women’s march was offensive to women without vaginas.”

These examples come on the heels of some campus Vagina Monologues performances opening up the cast to “women without vaginas.”