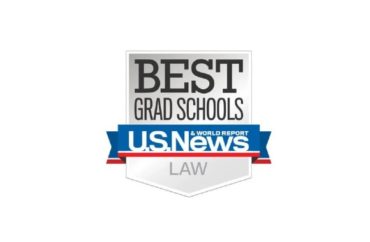 Yale Law School, rated No. 1 by an influential ratings guide put out by the magazine U.S. News & World Report, announced it would quit the rankings Wednesday, according to a news release by Yale Law School dean Heather Gerken.

“Its approach not only fails to advance the legal profession, but stands squarely in the way of progress,” Gerken continued.

Gerken criticized the U.S. News’ reliance on student test scores, 20 percent of overall rankings, according to the statement.

She also denounced the magazine’s practices of excluding loan forgiveness programs when calculating debt and mischaracterizing fellowships in public interest law, “effectively classify[ing] as unemployed” students who take advantage of these fellowships, according to the statement.

U.S. News & World Report stated that it uses only the ‘best and most accurate’ information

“We are committed to our journalistic mission of ensuring that students can rely on the best and most accurate information in making decisions about their education,” U.S. News spokesperson Madeline Smanik responded in a statement, according to The Chronicle of Higher Education.

The magazine calculates less credit for law school-funded fellowships because it is “focused on determining whether a school is helping its students obtain positions in the open job market,” according to Smanik.

Harvard Law, tied for fourth in 2022-23, quickly followed Yale’s lead in withdrawing from the rankings, The Harvard Crimson reported yesterday.

“Rankings can…emphasize characteristics that potentially mislead those who rely on them and can create perverse incentives that influence schools’ decisions in ways that undercut student choice and harm the interests of potential students,” Harvard Law School Dean John Manning wrote in an email to the paper.

The Chronicle of Higher Education asked the dean’s offices of the top 10 ranked law schools for comment, but only the University of Pennsylvania’s Carey Law School responded, the magazine stated.

“Penn Carey Law applauds Yale Law and Harvard Law for their leadership in raising key questions for all law schools by withdrawing from the U.S. News & World Report rankings,” a spokesman wrote, according to The Chronicle. “We are evaluating this issue and assessing a process for our own decision-making.”

Though Harvard and Yale declared their non-participation in the rankings, U.S. News may still find a way to rate them, The Chronicle reported.

“Historically, when colleges have declined to participate in U.S. News’ ranking of undergraduate programs, analysts have calculated a rank for those institutions anyway,” the magazine reported.