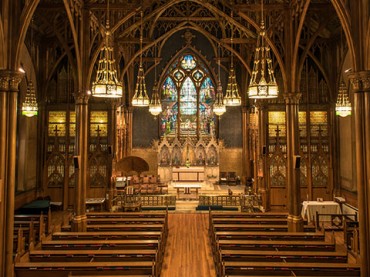 The Episcopal Church at Yale said its top chaplain had resigned effective immediately “on his own initiative.”

JNS.org reported that the Rev. Bruce Shipman had written a letter to the editor of The New York Times in August, saying that an op-ed by a Jewish history professor “makes far too little of the relationship between Israel’s policies in the West Bank and Gaza and growing anti-Semitism in Europe and beyond.”

Though it didn’t say why Shipman resigned, the Episcopal Church at Yale said “it is our belief that the dynamics between the Board of Governors” and Shipman “occasioned” his resignation. The organization, its board, the bishops of Connecticut and Shipman

are all committed to a civil dialogue on difficult issues that divide peoples of this world and pledge ourselves to the prayerful and humble work of reconciliation and peace in our hurting and divided world.