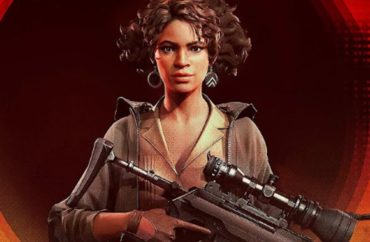 Aims to ‘dismantle prejudices baked into the technology’ of video games

A Yale professor will lead a team seeking to dismantle racism inherent in video games thanks to a $1 million gift, according to an announcement from the university.

Professor Theodore Kim “will lead a group that will investigate the algorithmic representation of Type 4 hair as a uniquely anti-racist problem,” the university announced. “Type 4 hair” refers to a type of hair typical of black women.

Professor Kim stated in the news release that “this research will serve as an example of how to identify the products of systemic racism in computer graphics and demonstrate how to take concrete steps to ameliorate their harm.”

“The tools and algorithms we aim to develop will allow the full range of human hair, in its elegant variation and diversity, to be faithfully represented in film and games,” he stated.

The College Fix contacted the computer science professor via email and asked what he hoped the research will do for video games in the future and if he sees any other areas where “anti-racism” and computer science intersect, but he did not respond.

“One of the physical characteristics that is most revealing of algorithmic bias is the representation of human hair,” the university stated. “Computer graphics research has historically favored the simulation and rendering of straight hair, which is racially coded as European or Caucasian hair.”

The Bungie Foundation granted the money to Kim.

“The tools as they exist today do not work in favor of creating characters that look like us” Kareem Schuman, co-lead of the Black at Bungie group, stated in the announcement.

Schuman and Bungie’s press team did not respond to requests for comment.

One finance professor at the University of Texas at Austin who frequently criticizes diversity efforts criticized the proposal in comments to The Fix.

“There has been an explosion of interest in this sort of activist ‘research’ recently, though the trend has been building for a long time,” Professor Richard Lowery told The Fix. “Basically, many departments have now been completely taken over by activists, and the remaining true researchers are too scared to push back.”

”A dispassionate inquiry into, say, demographics of characters in video games would be a legitimate, though in my opinion wasteful, academic exercise, but as soon as you see terms like ‘anti-racism’ you can be guaranteed that this is activism masquerading as research,” he said.

Other universities have invested money into the intersection of race and design. For example, the University of Minnesota posted a job opening for a “design justice” architecture professor.

The initiative aimed to “create space, policy, and practices that support the inclusion and retention of Black, Indigenous, and people of color (BIPOC) as well as other communities who have been historically underinvested.”