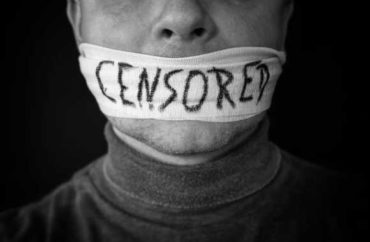 It’s been nearly five decades since the American Civil Liberties Union defended the right of the National Socialist Party of America to march through the streets of Skokie, Illinois, home of many Holocaust survivors.

We have come a long way. Now an ascendant illiberal ideology instructs that we cannot defend odious speech – even speech less odious than that of self-proclaimed neo-Nazis – if someone thinks it demeans a protected or marginalized group.

“Our legal protections remain in place,” Caitlin Flanagan wrote in an August 23 essay for The Atlantic, “but the culture of free speech is eroding every day.“

“Ask an Oberlin student…to tell you what speech is acceptable, and she’ll tell you that it’s speech that doesn’t hurt the feelings of anyone belonging to a protected class,” Flanagan wrote.

But you don’t need to go to the woke wilds of Oberlin to find this illiberalism brewing. Look no further than Florida State University.

“Fascist and white supremacist action is on the rise in America,” according to Lee Beaudrot, a staff writer for the FSView, part of FSUNews.com, a Florida State University news website and an affiliate of USA Today.

“Among the groups that have publicly incited racist and homophobic violence, is Patriot Front,” according to Beaudrot.

Patriot Front’s manifesto is published online. It expresses nativist principles, perhaps most controversially by stating “those of foreign birth may occupy civil status within the lands occupied by the state, and they may even be dutiful citizens, yet they may not be American. Membership within the American nation is inherited through blood, not ink.”

I vehemently disagree with these premises, as do many others. But there is nothing in this manifesto that directly calls for violence toward any specific individual or ethnic group. Their manifesto is speech that I would defend on the principles formerly espoused by the ACLU: if we do not tolerate speech with which we disagree, even speech we detest, we have no guarantee that our own speech will be tolerated.

Beaudrot’s examples of the Patriot Front’s incitements to violence include “marching through Boston on the 4th of July” and “engaging in tactical drills in public parks around the city and posting videos of it online.” The group was also arrested at “Pride in the Park” in Idaho “on a charge of conspiracy to riot,” according to NPR, an event Beaudrot described as “attempting to attack” the group. NPR referred to the Patriot Front as a “white nationalist organization.”

A member of the group also “planned to distribute anti-Black documents on the campus of Florida A&M University,” according to an article in The Famuan cited by Beaudrot.

“One of them is a current FSU student. When contacted about the issue, the FSU administration released a statement saying they have no intention of doing anything about it.”

Instead, FSU responded with the statement, “Individuals are entitled to personal beliefs, even if they are despicable and antithetical to our values as a University.”

The FSU administration was correct. As a public university bound by the First Amendment, FSU has no right to forbid or compel speech, with very few exceptions.

If a member of the Patriot Front had verbally attacked or threatened a student, Beaudrot might be correct in calling for their censure. But merely belonging to an organization with objectionable views — yes, even that of white nationalists — should not threaten anyone’s university status. Belonging to the wrong club (in college!) should not be grounds for exile.

Furthermore, many, like Beaudrot, seem to have collapsed the distinction between speech that merely insults or says ugly things and actions that physically harm.

If DEI is incompatible with free speech, maybe we should question DEI

The creed does indeed include a “Diversity” pledge, which states “I will learn from and about those who are different and work to make the University inclusive.”

However, it also includes a “Freedom of Speech and Inquiry” pledge, stating: “I will support academic freedom, including the right of dissent and freedom of speech.”

Balancing those two values is a difficult task. But it is not to be accomplished by exiling or otherwise punishing a student because he or she belongs (or once belonged) to a group with objectionable views.

“The concept of free speech evolved in the West for 2,000 years, beginning with the Athenians (although not without a few setbacks, such as the death of Socrates),” Flanagan wrote in her essay. “But America was the first country in history to enshrine a formal, legal, and enforceable protection for free expression, ensuring that people have the right to speak no matter who’s pissed off or how powerful they are.”

“Whenever a society collapses in on itself, free speech is the first thing to go,” Flanagan stated.

Liberals used to proudly cite Voltaire biographer Evelyn Beatrice Hall’s summary of the French philosopher’s views: “I disapprove of what you say, but I will defend to the death your right to say it.”

Far from defending detested speech to the death, many now want to cancel those who utter it.

This is not the way to defend the principles of a free society, or protect the rights of the weakest among us.