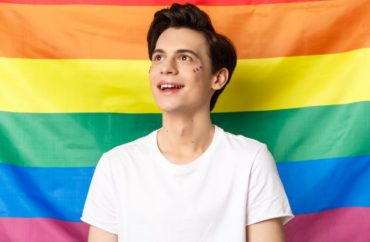 At least seven of the 27 Catholic universities in the United States cover “gender-affirming treatment” in their student health plans, according to an analysis by The College Fix.

The coverage of these drugs and surgeries, which can include the permanent sterilization of fertility, is at odds with the teachings of the Catholic Church. Some universities do not offer student health plans, while others did not list the details of their insurance, so it is possible more campuses do pay for transgender drugs or surgeries.

“Gender-affirming treatment” as referenced in many health insurance policies, is a practice that supports transgenderism, the process of someone attempting to present themselves as the opposite sex by means of surgical or hormonal interventions.

Fordham University, for example, covers “[m]edically necessary surgical, hormone replacement therapy, and counseling,” according to the benefits summary document of a health insurance plan provided by Aetna. It also covers “elective abortions,” despite the Catholic Church’s stance against the killing of preborn babies.

The Fix emailed media representatives Jane Martinez and Bob Howe and the general press email on September 6 to ask for comment on the university’s coverage of procedures that contradict the Catholic Church but did not receive a response.

Boston College covers “breast reduction, breast augmentation, breast implants or breast prosthetic devices” only for the purposes of “gender affirming or gender dysphoria treatment,” according to an insurance certificate from Harvard Pilgrim HealthCare.

The Fix also sent an inquiry to the Archdiocese of Boston regarding the health insurance policies of Boston College, to which no response was received.

The Fix emailed media representatives Ed Hayward and Jack Dunn on September 6 to ask for comment on how the policy squares with the Catholic Church’s teaching as well as if the university believes someone can become the opposite sex. Neither responded.

A student health insurance plan of Saint Louis University covers “surgical, hormone replacement therapy, and counseling treatment” for “gender-affirming treatment” as does a plan by the University of Detroit Mercy.  Neither university responded to a September 6 email seeking comment.

The College Fix emailed Fairfield’s media relations team members Jennifer Anderson and Susan Cipollaro on September 12 to for more information on the “gender transition benefit” but did not receive a response. Nor did University of San Francisco’s media representative Kellie Samson respond to an email on September 12 that asked for more information on why the school covered transgender drugs and surgeries.