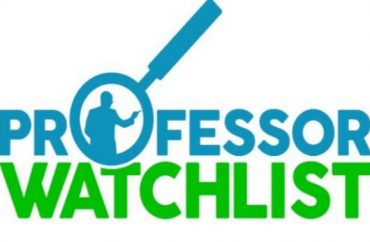 In early December, more than 100 University of Notre Dame professors signed an open letter calling for their names to be added to the “Professor Watchlist” — a list of scholars compiled by a conservative group that asserts the educators use their classrooms for liberal indoctrination instead of unbiased instruction.

Since then, more than 12,000 scholars nationwide have joined their Notre Dame peers through various platforms.

University of Chicago Professor Leslie Kay started a website called “Free Academics,” on which professors may request to be added to the watchlist. More than 2,200 professors have since signed their names to the open letter, which declares, “we will not tolerate our colleagues being subject to policing of their work, their thoughts and their teaching. We will not repeat the passivity of the past, when intellectuals were blacklisted for disagreeing with a particular agenda.”

“When you challenge them, you challenge us,” it continues. “… Along with our colleagues at University of Notre Dame, please add our names, the undersigned faculty, to the Professor Watchlist.”

Additionally, the American Association of University Professors created a similar open letter wherein professors can request to join the watchlist. About 10,000 professors have signed thus far.

“This groundswell of support for colleagues targeted by the Watchlist sends a powerful message that such efforts to harass and intimidate faculty are unacceptable,” the association’s website states.

The Notre Dame open letter that started it all argued that the Professor Watchlist seeks to “shame and silence faculty who espouse ideas you reject.”

“But your list has had a different effect upon us,” the letter added. “We are coming forward to stand with the professors you have called ‘dangerous,’ reaffirming our values and recommitting ourselves to the work of teaching students to think clearly, independently and fearlessly. So please add our names, the undersigned faculty at the University of Notre Dame, to the Professor Watchlist.”

To date, there are about 160 names on Turning Point USA’s newly created Professor Watchlist.

The campus activism group describes it as an aggregated list of articles published by a variety of news organizations. The compilation aims to alert students, parents, and alumni about “specific incidents and names of professors that advance a radical agenda in lecture halls,” its website states.

The list cites as sources: campus newspapers; online daily news outlets that report on higher education, such as The College Fix, Campus Reform, Inside Higher Ed and others; professors’ op-eds in local and national newspapers; scholars’ social media engagements; professors’ personal websites and blogs; daily newspapers; and much more.

Turning Point USA states on its website that they “will continue to fight for free speech and the right for professors to say whatever they wish; however students, parents, and alumni deserve to know the specific incidents and names of professors that advance a radical agenda in lecture halls.”

“We’re not trying to dig up secrets about people,” Turning Point USA’s Matt Lamb told The College Fix recently. “If you tweet or post something on Facebook, or go on a rant in class, you have a reason to believe someone is going to write a story about it and that not everyone will take it well.”

In response to the calls by professors to be added to the list, Lamb told The Fix: “The AAUP, Free Academics.net, etc., have yet to make up their mind: is inclusion on the watchlist a threat to academic freedom or is being on the list safe enough that asking to be added won’t hurt academic freedom?”

“Regardless,” Lamb continued, “it’s disturbing to see the professors stand with a list that includes Holocaust deniers, professors that assault pro-life students … and other notable professors.”

Lamb said the claim that the watchlist hurts professors’ freedom of speech is also unconvincing, noting some professors protesting the watchlist have violated others’ free speech rights. He cites as an example James South, a professor at Marquette (and signatory to the AAUP petition), who “tried to punish another professor for making a joke about a ‘women’s night out.'”

But John Duffy, a professor in Notre Dame’s English department who took a lead role in the creation of the open letter by writing the first draft and organizing its distribution, told The College Fix he believes the watchlist is ill advised.

“Alleging that faculty engage in discrimination is an incendiary charge, one that can damage reputations and careers,” he said via email. “It should never be made carelessly or, it goes without saying, maliciously.” One of Duffy’s main goals in the creation of the letter was to stand in solidarity with his two Notre Dame coworkers whose names reside on the list: Gary Gutting, who wrote an op-ed for the New York Times arguing that “permissive gun laws are a manifestation of racism,” and Iris Outlaw, who teaches a class on “white privilege.”

“In the case of our Notre Dame colleagues, there is no evidence offered to support the allegation,” Duffy said. “Rather, the creators of the Watchlist appear to have arrived at their judgment on the basis of, in one case, the title of a course taught by the faculty member, and, in the other case, the public writings of a faculty member examining a controversial topic. To conclude on the basis of these that both professors ‘discriminate against conservative students’ is unwarranted and, I regret to say, intellectually irresponsible.”

The Professor Watchlist is “not the answer,” Duffy stated.

“Such things simply aggravate tensions, inflame partisanship, and further divide us,” he said. “If I had the opportunity to sit and have coffee with the creators of this latest watchlist, I’d ask them if we could not work together to fashion a better, healthier, more constructive form of public argument—one that would enable us to argue passionately but respectfully for our respective commitments. We might never find common ground, but we need not live on scorched earth.”