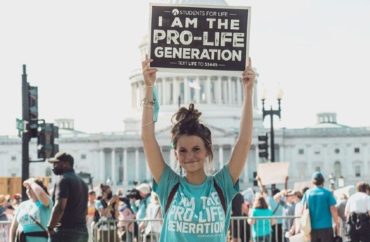 ‘As an organization on more than 1,250 campuses in all 50 states, we are going to keep going back until we have built a culture of life on campuses nationwide’ Students for Life says

Students for Life of America has succeeded in less than a year in convincing 34 of 103 Christian universities with ties to the abortion industry to sever the connections.

The national pro-life student organization launched its initial list of 25 schools in March and said it wanted to disrupt the “unholy partnership” between Planned Parenthood and Christian universities.

The Christian Schools Project identified 103 religious universities, out of 784 total with some Christian-affiliation, that promoted Planned Parenthood or the abortion industry in some way.

Students for Life contacted the 103 universities twice over email and once through a phone call to give the universities an opportunity to remove the Planned Parenthood content before the report came out in December.

The most frequent infraction, according to SFLA, is that the university lists Planned Parenthood as a resource for students or encourages internships at the nation’s largest abortion vendor.

This tells students that abortion is a good option if they are pregnant, SFLA told The College Fix.

“When a Christian university is promoting the nation’s largest abortion vendor to that vendor’s target clientele, it is reinforcing the mistaken notion that women cannot finish school or succeed in life with a child and failing to provide the spiritual formation and tangible support,” spokesperson Lauren Enriquez told The Fix via email.

“Planned Parenthood has spent a lot of money convincing women that they can’t multitask a successful life,” Enriquez said.

The next step is to work with the 69 schools that still maintain connections to the abortion industry to convince them to end the relationship and promotion of Planned Parenthood.

“Now we are enlisting the public’s help to address the remaining 69 schools,” Lauren Enriquez told The Fix. “As an organization on more than 1,250 campuses in all 50 states, we are going to keep going back until we have built a culture of life on campuses nationwide.”

Students for Life ranked all 784 universities from A+ to F based on how many criteria fit each university, such as Planned Parenthood provided as an internship, student resource, or career opportunity.

A+ represented universities with no relationship to Planned Parenthood and a deliberate attempt to help pregnant and parenting students.

The Fix reached out to two A+ universities, Abilene Christian and Liberty, but did not receive a response. The Fix asked both schools on December 17 and 21 why it was important to them to not have ties to Planned Parenthood.

Three F rated universities, which list Planned Parenthood as a student health resource, did not respond to requests for comment. The Fix asked the media relations team for Emory University, Macalester College and Rhodes College if the schools planned to address the relationships with Planned Parenthood, if they see any conflict between Planned Parenthood and Christianity, and if they ever encourages students to have abortions, but received no response.

Enriquez told The Fix that some of the colleges removed the Planned Parenthood content without notifying Students for Life. “We learned that they had cut ties thanks to our ongoing research.”