A record number of college students reported fear of sharing an opinion in the classroom that might differ from their peers, according to the William F. Buckley, Jr. Program’s eighth annual survey.

“Of the students surveyed, 58%, a record high, reported feeling intimidated in sharing an opinion that was different than a professor’s, 8% higher than last year,” the group recently announced. “The number reporting never having had this issue fell to a record low of 38%.”

“A higher 63% reported feeling intimidated in sharing opinions different than their peers, also a record high and a jump of 13% from the 2021 survey,” according to the results of the national survey of more than 800 college students.

The Buckley Program is an intellectual diversity and free speech group based out of Yale University.

College students have picked up on the effects of cancel culture and political correctness, the spokesperson for the Buckley Program told The College Fix via email.

Students “across the spectrum” now realize that “one wrong comment, one tweet supporting the wrong person, or one joke that offends someone could be the end of their college career, academically or socially,” Ari Schaffer said.

“It may seem like a tautology, but if you aren’t free to say whatever you want, or to not say whatever you want for that matter, your speech isn’t free,” Schaffer said. “Requirements to state pronouns or subscribe to diversity statements should be of particular concern to professors or other faculty who care about academic freedom on the university campus.”

Moving forward, Schaffer expressed the necessity of Yale and other universities to show they are on the side of free speech and are not looking to suppress it.

“Professors who retaliate against students for their opinions, political or otherwise, should likewise be reprimanded,” Schaffer said.

The survey also found that “67% believe that their college or university should require all professors and administrators to make statements in favor of diversity, equity, and inclusion.”

Half of students believe “America is inextricably linked to white supremacy” while 42 percent think “America is moving forward.”

And a greater percentage of students, 33 percent, would prefer to live under a socialist system than a capitalist one, 31 percent, according to the survey.

“In many ways, America’s undergraduate student body seems to be abandoning the very ideas that made America the great country it is today.” 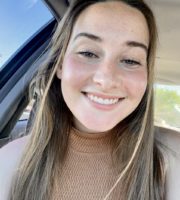 About the Author
Julia Flower
College Fix contributor Julia Flower is a student at Franciscan University of Steubenville where she is studying journalism. She also enjoys painting and hiking.